A recent study provides new information that may help researchers monitor the effects of common agricultural chemicals on farmers’ health.

Concern over how the regular use of pesticides may affect the health of farmers is not new, but a lack of data specific to the Australian context has hampered efforts to develop evidence-based guidelines.

Now, the results of a study by the National Centre for Farmer Health (NCFH), a partnership between Deakin University’s School of Medicine and Western District Health Service, will help develop a new test to monitor farmers’ exposure to pesticides and provide valuable longitudinal data about Australian farmers and their chemical use.

The study, funded by the Shepherd Foundation Victoria, followed 64 farmers from different regions and farming types over 12 months, testing them each month for levels of cholinesterase enzymes.

Cholinesterase enzymes are essential to a healthy nervous system, as they prevent the accumulation of the neurotransmitter acetylcholine and associated overstimulation of muscles and nerves.

Exposure to certain types of pesticides commonly used on farms can lower cholinesterase levels, resulting in an accumulation of acetylcholine and lead to symptoms ranging from excessive sweating, nausea and dizziness in cases of mild exposure to diarrhoea, irregular heartbeat and abdominal pain after more extreme exposure.

Preliminary results from the study found cholinesterase enzymes were lower in farmers with high exposure to organophosphate pesticides.

Dr Jacquie Cotton, from Deakin’s School of Medicine and NCFH, said farmers often raised concerns about the effects agrichemicals might be having on their bodies during the regular health checks offered as part of the Centre’s work with farmers, farmworkers and their families.

“Over the years, we’ve worked with around 2,500 farmers through programs like our Sustainable Farm Families, so we were aware that farmers do worry about chemical use and want to know more about its effect on their health,” Dr Cotton said.

“Our initial research was to see if we could incorporate a test for cholinesterase into health checks, so it becomes as normal to farmers as having their cholesterol and blood pressure checked.”

Dr Cotton explained the results of that first six-month study in 2013 showed that cholinesterase testing could work in the health check environment, but also revealed the need for a clearer picture of farmers’ chemical use over the year.

“Greater amounts of chemicals are used at certain times of the year than at others, and chemical use also varies between different types of farming, such as cropping or animal production,” she said.

“Now that we have completed this 12-month study and tested farmers each month, we have a clearer picture of their cholinesterase activity, chemical exposure and chemical use across a calendar year.”

Dr Cotton said the study’s results would hopefully lead to the development of an annual test. This would make it more convenient for farmers to have their cholinesterase levels tested, as well as helping to collect valuable Australian longitudinal data on agrichemical use.

“Right now, such data doesn’t exist for Australian farmers. We have to rely on data from the United States about the possible health effects of chronic, low-level exposure to agrichemicals,” she said.

“We’re aiming to develop a test that is accurate, individual and gives instant results about levels of chemical exposure. We also want to provide a personalised indication of chemical exposure that doesn’t compare our farmers to a US population, but rather to what’s normal for an Australian farmer population.” 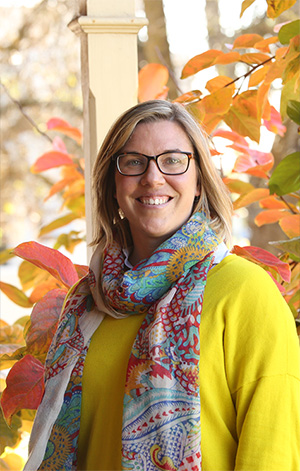