Australia’s exhibition at the 2018 Venice Architecture Biennale features the work of a Deakin artist.

Grasses from Victoria’s Western Plains will bloom inside the Australian Pavilion at the 16th International Architecture Biennale in Venice this year, as part of an exhibition by architects Baracco+Wright in collaboration with artist Linda Tegg, Lecturer in Creative Practice (Art and Performance) with Deakin University’s School of Communication and Creative Arts.

As the most important event on the international contemporary architecture calendar, the Venice Biennale attracts more than 220,000 visitors, including architects, designers, urban planners and developers from around the world during its six month duration.

Aiming to showcase Australian architecture that engages with the rehabilitation of the country’s natural environment, ‘Repair’ was announced as the winning exhibition proposal by the Australian Institute of Architects late last year.

The exhibition will see up to 50,000 temperate grassland plants grown in the Pavilion alongside large-scale architectural projections to “create a physical dialogue between architecture and endangered plant communities” and prompt the design and construction industries to work with the land, rather than against it.

Ms Tegg, whose work encompasses photography, performance, video and installation, is known for her grasslands installation on the steps of Victoria’s State Library in 2014, recreating the pre-settlement grasslands that once stretched across Melbourne.

“Research plays a large role in my work, as my ideas are often driven by a question. I’m always looking for what might be otherwise obscured. This is how I came to start working with grasslands,” she said.

“I wondered what the library had replaced. This question pointed to a blind spot, and prompted me to bring this unique plant community into renewed proximity with our cultural institutions.”

Ms Tegg drew on historical documents, maps and paintings from the Library’s collection and collaborated with The University of Melbourne and horticulturist John Delpratt to research the biodiversity of the site and cultivate 60 indigenous species from the original landscape.

She said it was exciting to collaborate with Mauro Baracco and Louise Wright to bring a grassland into focus at the Venice Biennale.

“Through ‘Repair’, another type of research is taking place. For the past year, we’ve been learning through a number of architectural projects across Australia, seeing how architectural decisions can set up a different type of relationship and finding moments that de-centre the human or architectural object in favour of a more embedded understanding of place,” Ms Tegg explained.

The 2018 Venice Architecture Biennale will be held from 26 May to 28 November. ‘Repair’ is Australia’s seventh exhibition at the event.

Read more about ‘Repair’: Sowing the Seeds of Change 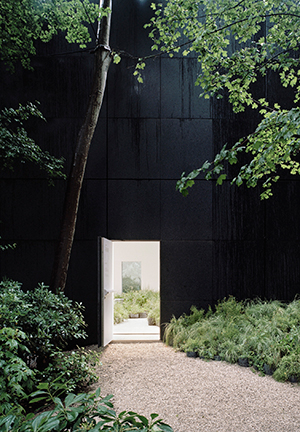 Research news Faculty of Arts and Education, School of Communication and Creative Arts, School of Architecture and built environment Advancing society and culture

Creating visual representations is central to improving science and maths in schools.