The Global War on Corruption

Deakin University’s Adjunct Professor Peter Loney has been invited to play a key role in the global war on corruption.

Adjunct Professor Loney, who heads up the Legislative Leadership and Governance Group hosted by the Geelong-based Alfred Deakin Research Institute, has been invited to be a guest speaker at the Global Organisation of Parliamentarians Against Corruption’s (GOPAC) 5th Global Conference next year in Manilla.

The Conference is a joint initiative of the Senate of Philippines, GOPAC, the South East Asian Parliamentarians Against Corruption (SEAPAC) and the GOPAC National Chapter of the Philippines, and is supported by the World Bank Institute.

This year’s conference theme is “Good Laws, Good Leaders, Good Citizens” and will be attended by 400 parliamentarians from 54 countries.

Over the past five years, the conference has earned the reputation of being one of the largest and most significant anti-corruption events in the world.

“It is a great honour to be asked to take part in the conference,” Adjunct Professor Loney said.

“Not only is it recognition of the work being done by LLGG, but also affirms the reputation that Deakin has been building in promoting good governance among our neighbouring countries, and even those further afield.”

Adjunct Professor Loney was the member for Lara in the Victorian Legislative Assembly and also served as the Assembly's Deputy Speaker.

He began his political career in 1992 as a shadow minister before serving on the Victorian Parliament's Public Accounts and Estimates Committee in 1997-2003.

For the past two years at ADRI he has led LLGG’s Summer Residency Program for Public Accounts Committees from developing nations.

The program, which has been conducted annually for seven years, has been supported by AusAID, the World Bank Institute, Commonwealth Parliamentary Association and the Centre for Democratic Institutions and has attracted over 300 Members of Parliament, Auditors-General, Audit Office and parliamentary staff from more than 50 Asian, Pacific region and African countries.

“We can point to positive advances in all the most vulnerable African, Asian and Pacific Island Parliaments which are directly attributable to the PAC Summer School.”

That praise has also been welcomed by the World Bank Institute.

The Summer Residency Program is primarily aimed at improving capacity in developing countries and has been carefully designed to enable attendees to examine in depth issues related to parliamentary oversight, public financial scrutiny, and the role of PACs.

It is also supported by the Victorian Parliament and Victorian Auditor General’s Office, and uses a combination of practitioner, professional and academic presenters to address issues including:

Participating delegations are also required to produce an Action Plan stipulating the improvements they will make in their own jurisdictions.

“This is a very tangible way in which Deakin is helping improve not just the governance of developing countries, but the lives of the people who live in them,” Adjunct Professor Loney said.

“By increasing public accountability, we can be more confident that money and resources get to the people who need them most.” 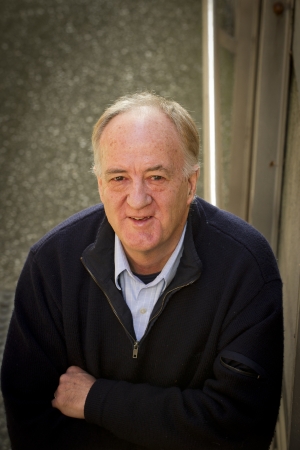 This is a very tangible way in which Deakin is helping improve not just the governance of developing countries, but the lives of the people who live in them, said Adjunct Professor Peter Loney.