A recent study has highlighted the disconnect between audience appetite for news, the sources they turn to and their trust in the news outlets they use, particularly among overseas-born Australians.

“It is well documented that the news media – traditional and social – have a significant impact on intercultural relations in societies such as ours in Australia,” Professor Paradies said.

“With 49 per cent of the Australian population born overseas, or having a parent born overseas, it’s imperative that the mainstream media reflect the multicultural makeup of this country.

“Yet our study showed that, overall, 26 per cent per cent sought international news from social media sites, despite not being entirely convinced of the reliability of the information provided.”

The study, “News Consumption Habits of Australians in the Social Media Era,” consisted of two phases with a total of 437 participants. The first phase involved a survey of 216 people aged 18 years and over, with 68.5 per cent of participants born in Australia.

The second survey targeted groups and individuals from diverse cultural backgrounds and was completed by 221 participants, of which 73 per cent were born overseas.

Similar to other recent news audience studies, this study found that Australians are overwhelmingly interested in news, with 86 per cent consuming news at least once a day.

In relation to the type of news participants were most interested in, the results showed local, national and international news were the most popular, with fewer people interested in political news.

The researchers also found a significant difference between respondents’ preference for news, their sources and their trust in various sources of news.

Overall, respondents in the second survey were more active online when consuming news and, as a result, had ‘more dispersed’ or distributed sources of news than respondents in the first survey that included more participants born in Australia.

Respondents in the second survey, with 73 per cent born overseas, relied relatively less on television and relatively more on social media to get their news.

Dr Rodrigues said the study highlighted implications for the increasingly distributed sources of news for Australians, more so for those born overseas.

“News and information available on social media and other non-news sites may not be filtered by experienced and skilled journalists, which could lead to the spread and consumption of inaccurate and unverified information to mass audiences,” Dr Rodrigues said.

“The rise of fake news in the recent US presidential elections demonstrated the ease and impact of sharing inaccurate but authentic looking fake news stories online.”

Dr Rodrigues said past research had shown that the skewed coverage of international news created stereotypes and anxiety amongst communities.

“The unsatisfactory coverage of international news and multicultural issues that are of interest to a culturally diverse Australian population results in some news consumers seeking news on non-traditional media sources on the internet,” she said.

“By catering to the needs of the various audiences in Australia and providing more depth to their coverage of international news, events and issues, the mainstream media may be able to arrest its irrelevance as a source of news and not to fritter away further ground to new media sources such as social networking sites.”

The research will be presented at the inaugural Cultural Diversity and News in Australia Symposium, convened by Dr Rodrigues and Professor Paradies, on Wednesday 13 September.

With keynote addresses by Professor Gillian Triggs and journalist Tracey Spicer, the Symposium will explore the role of the media in social cohesion and create a conversation between media representatives, community leaders, scholars and policy makers to strengthen the role of journalism in building and maintaining multicultural resilience among Australian communities.

The Symposium and the study are both part of a wider research project called “Transnational News and Multicultural Australia,” for which Dr Rodrigues was awarded the Victoria Government’s Social Cohesion Grant 2016-17. The project is supported by industry partner Special Broadcasting Service (SBS) and community partner the Ethnic Communities' Council of Victoria (ECCV). 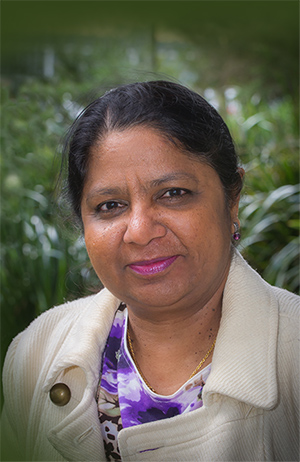 Dr Usha M. Rodrigues is co-convener of the inaugural "Cultural Diversity and News in Australia Symposium" on Wednesday 13 September.

Deakin University's Associate Professor Melinda Hinkson has contributed to the placement of indigenous drawings on an elite UNESCO register.