Thousands of people around the world with psychiatric disorders such as schizophrenia, bipolar disorder and depression are benefitting from the work of Alfred Deakin Professor Michael Berk.

The $50,000 prize recognises a lifetime of achievements that include the discovery of risk factors, novel therapies, and preventative treatments for mental health problems.

“Not only is this a tremendous personal and professional achievement for Professor Berk. It is also a huge achievement for the mental health research and translation team at Deakin and our major partner, Barwon Health,” said Deakin’s Deputy Vice-Chancellor Research Alfred Deakin Professor Julie Owens.

“This is the second Victoria Prize for Deakin in two years. Alfred Deakin Professor Maria Forsyth received the award (Physical Sciences) in 2017. What marvellous recognition of the world-class work we are doing at Deakin with our various partners, which is truly making a difference and a positive impact around the world.”

The Victoria Prize is the latest in a stream of honours he has achieved. He was named one of Australia’s highly-cited scientists for 2019 (for the fourth year in a row), Australia’s most highly-cited neuroscientist in 2017 and was awarded one of the world’s most prestigious psychiatric research awards, the Colvin Prize for Outstanding Achievement in Mood Disorders Research, in 2015. He is also a Fellow of the Australian Academy of Health and Medical Sciences.

“This is recognition that our large multidisciplinary team at IMPACT has produced a body of work that will hopefully impact the population’s health,” Professor Berk said.

“Our discoveries particularly provide alternative approaches for those who don’t respond well to existing treatments. There’s a huge unmet need and my focus is on treatment, because ultimately when people are unwell that’s what they’re looking for.

“Treatment does more than treat the symptoms – we know it’s the most effective anti-suicide strategy and it’s an essential anti-stigma strategy. The stigma of leprosy didn’t go away because of campaigns; it went away because of antibiotics.”

In a career spanning more than two decades and more than 1000 papers, Professor Berk’s research was described by the Victoria Prize as improving the industry’s understanding of mental illness, to the extent that Thompson Reuters lists him as one of the world’s most influential scientific minds.

The Victorian Minister for Jobs, Innovation and Trade, the Hon Martin Pakula announced the award winners on November 18. 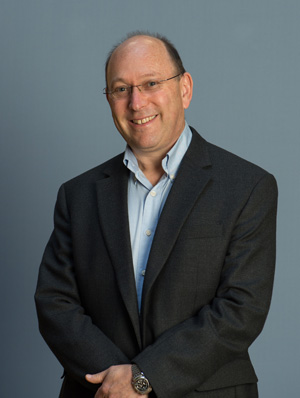 "There's a huge unmet need and my focus is on treatment, because ultimately when people are unwell that's what they're looking for..."

From fighting corrosion, to using milk to improve mental health, Deakin's 3MT and VYT winners are set to make an impact