This interdisciplinary conference, provides a forum for scholars and students of Buddhism to explore the rich tapestry of Buddhist cultures, philosophies, and practices in traditional settings and in modern social life.

The Alfred Deakin Institute and Buddhist Studies@Deakin are delighted to host the 2018 Australasian Association of Buddhist Studies (AABS) Conference. The Alfred Deakin Institute for Citizenship and Globalisation (ADI) is an internationally recognised and highly regarded social sciences and humanities research institute. Our researchers aim to understand the complex meanings of citizenship, social inclusion and globalisation, and investigate the implications of these forces in our lives and communities.

The AABS was inaugurated in October 2005. The association aims to establish links between scholars and students of Buddhism working in Australasia, between different disciplines working in the field of Buddhist Studies, and between local and overseas scholars. To these ends, the AABS organises seminars, conferences, public lectures, and discussion and study groups.

We are delighted to introduce our keynote speakers.

From being ‘enlightened’ to being ‘woke’: racial justice work in American convert Buddhism

On May 14 2015, a delegation of 125 Buddhists gathered for the first ‘White House-U.S. Buddhist Leadership Conference’, during which they delivered a letter titled Buddhist Statement on Racial Justice. This letter should be seen as part of efforts to challenge racism and white privilege in American 'convert' Buddhist communities spanning over two decades. For much of this time, such efforts have been either marginalised or ignored. However, due to the combination of a committed network of Buddhist Teachers of Color and the impact of #BlackLivesMatter, such work is being increasingly centred. This paper will examine racial justice and diversity work in American convert Buddhism, highlighting the main pragmatic and theoretical strategies employed to integrate racial justice work with Buddhism, as well as considering opposition such work has faced. Finally, it will reflect on the significance of such developments for Buddhist modernism in the United States. 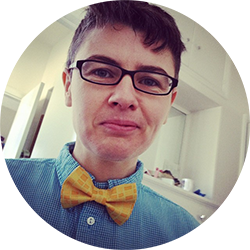 Ann Gleig is Associate Professor of Religion and Cultural Studies at the University of Central Florida. Her main research area is Asian Religions in America. She is the co-editor with Lola Williamson of Homegrown Gurus: From Hinduism in America to American Hinduism (SUNY Press, 2013) and has published a number of articles in journals such as the Journal of Global Buddhism and Contemporary Buddhism: An Interdisciplinary Journal. Her forthcoming book American Buddhism After Modernity will be published by Yale University Press in 2019. She won the UCF Excellence in Undergraduate Teaching Award in 2017. 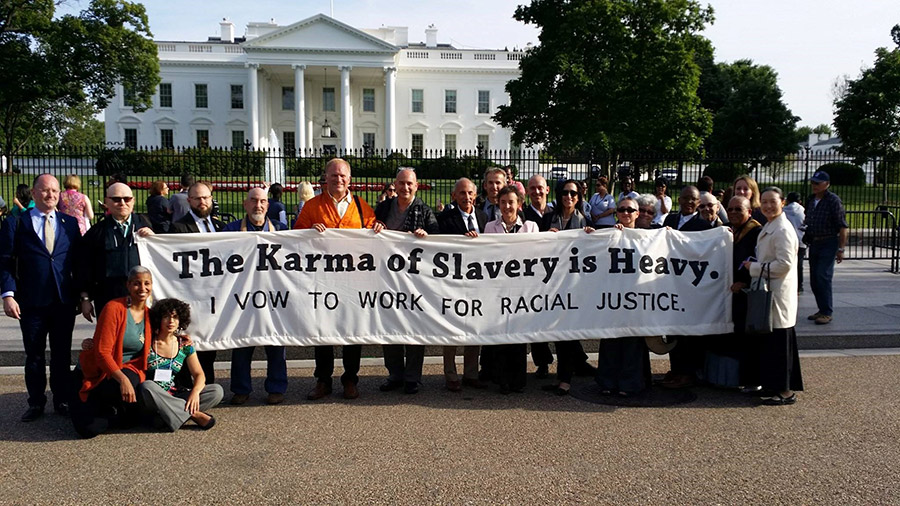 The most enduring tension in the field of Buddhist textual studies has pitted the methodology of philological-oriented scholarship (mainly championed by academics in Europe and Japan) against that of scholars (most prominently in North America) who focus on philosophical readings of texts. In this talk, I will discuss a recently completed project on Dignāga's Ālambana-parīkṣā that brought together a team comprising members on both sides of this methodological divide. Predictable tensions arose; some of the debates were productive, while others turned toxic. I will discuss the methodological assumptions behind this division and how they are impacted by recent developments in academia beyond buddhology. My concluding remarks will be a rumination on where we go from here: is it possible for people from these factions to work together productively? Or do the dogmatic assumptions of each create a divide too wide to reconcile? 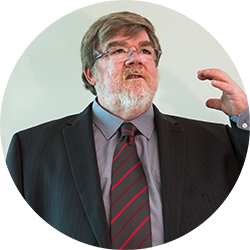 John Powers is a Research Professor in the Alfred Deakin Institute for Citizenship and Globalization and a specialist in Indian and Tibetan Buddhism. He has published sixteen books and more than 100 academic articles on a wide range of topics, including propaganda, Buddhist epistemology, human rights, gender in Buddhism, and Tibetan history. His publications include The Buddha Party: How the People's Republic of China Works to Define and Control Tibetan Buddhism (Oxford University Press, 2017) and Dignāga's Investigation of the Percept: A Philosophical Legacy in India and Tibet (Oxford, 2017).

Buddhist ethics shares with Plato a rationalist orientation in the weak but crucial sense that a correct view of reality is the final goal, and that seeking and attaining this goal is transformative. This implies a further similarity, namely that the focus of ethical concern is on transformation of view, from which transformation of character (or experience) follows. Choice, deliberation, action, reason happen too far downstream, and too much simply as the result of transformation of view and character, for them to be of much theoretical interest in their own right. Buddhist ethics further shares with Plato a sublime indifference to human beings becoming ‘good things of their kind’. Normativity is not grounded in our nature, nor in a metaphysics of natural kinds. While correctly understanding our human condition may be of vital practical value in appreciating the manifestation of ultimate reality in the everyday, or in motivating our concerted efforts to achieve this understanding, it does not provide a goal to aim at. This is an overlooked reason why 'virtue ethics’ also fits ill as a classification of Buddhist ethics. It holds us, as does Plato’s ethics, to a much more ambitious ethical ideal than virtue ethics can conceive, and this makes a difference for how seeking that ideal transforms us. 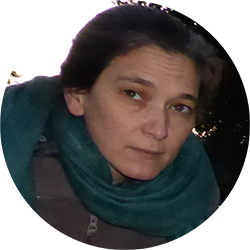 Amber Carpenter is Associate Professor at Yale-NUS College; she has taught at the University of York, St. Andrews, Cornell and Oxford. She publishes in Ancient Greek philosophy, especially the ethics, epistemology and metaphysics of Plato. Her book on Indian Buddhist Philosophy appeared in 2014. She currently holds a fellowship with the Templeton Religious Trust, as part of the Moral Beacons project; she has had previous visiting research fellowships and visiting appointments at the Einstein Forum (Potsdam), University of Melbourne and Yale University. She collaborates with Rachael Wiseman on the Integrity Project, which is currently producing a volume of Portraits of Integrity.

On June 10 2011, at the Garrison Institute in Upstate New York, two groups of Western Buddhist teachers - the self-identified 'pioneers' or first-generation, and what they called the ‘NextGen’ of younger teachers - gathered together to acknowledge and facilitate the passing down of the Buddhadharma across two distinct generations. The latter group, who renamed themselves as Gen X Dharma teachers, have since expanded and formed a collaborative teaching network, which has met bi-annually since 2011. Drawing primarily on 33 interviews with Gen X teachers, this paper will discuss what they see as the main characteristics and concerns of their generation, and how they locate themselves in relationship to the boomer generation as well as Asian Buddhism. It will identify the ways in which Gen X teachers both continue and counter aspects of the modernisation of Buddhism.

Ann Gleig is Associate Professor of Religion and Cultural Studies at the University of Central Florida. Her main research area is Asian Religions in America. She is the co-editor with Lola Williamson of Homegrown Gurus: From Hinduism in America to American Hinduism (SUNY Press, 2013) and has published a number of articles in journals such as the Journal of Global Buddhism and Contemporary Buddhism: An Interdisciplinary Journal. Her forthcoming book American Buddhism After Modernity will be published by Yale University Press in 2019. She won the UCF Excellence in Undergraduate Teaching Award in 2017.

This paper focuses on how young adult Buddhists aged between 18 and 25, and living in the UK, approach sexuality in the context of contemporary youth culture, drawing on a mixed-methods project (questionnaires, interviews and video diaries). Compared with other religious traditions, the young Buddhists were far more likely to be positive towards non-heterosexual sexualities and were also more likely to identify as LGBTQI (lesbian, gay, bisexual, trans, queer and intersex). Their approach was driven by the Buddhist precept of avoiding sexual misconduct. Decision-making was therefore premised on avoiding harm to others, leading to a radical revision of what was deemed moral and ethical behaviour. This put them at odds both with other religious traditions as well as broader secular youth cultures. Indeed, the normative within other religious traditions associating moral sexual behaviour with heterosexual activity within-marriage-only was critiqued for having the potential to induce harm. Meanwhile they were also very critical of elements of contemporary sexual youth cultures such as casual sex and monogamy. The key issue for participants was whether sexual relationships were being conducted ethically, leading to a reflexive scrutiny of their everyday sexual practices, and a careful management of intimacy, sexual desire and relationships. This allowed them to forge new ethical frameworks that were often counter-normative within the broader cultural context. 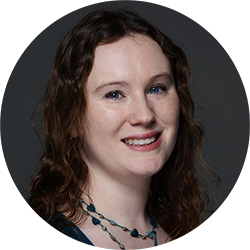 Sarah-Jane Page is Senior Lecturer in Sociology at Aston University, Birmingham, UK. She is a sociologist of religion with research interests in gender, sexuality and youth. She has undertaken projects on religious attitudes to sexuality, clergy mothers, clergy husbands, religious young adults’ navigation of sexuality and is currently completing an ethnography of prayer vigils at abortion clinics. She has published two monographs, both with Prof. Andrew Yip Religious and Sexual Identities: A Multi-Faith Exploration of Young Adults (Ashgate, 2013) and Understanding Young Buddhists: Living out Ethical Journeys (Brill, 2017).

Existing literature on the experiences of Buddhist practitioners in Western countries has focused on the experiences of distinct cohorts: first generation immigrants, Xs, Ys and even Zs. These writings usefully note how younger generations may reject or redefine the religious traditions of their parents, and how they may develop hybrid ethno-religious identities and subjectivities which unsettle the problematic divide between so-called ‘ethnic’ and ‘convert’ Buddhists. This paper argues that while there is much to be gained from continuing to adopt a generational approach, it is also important to recognise the interdependencies between so-called generational cohorts, whereby young Buddhist practitioners imagine themselves as part of larger communities of individuals working together to address broader social and political concerns. Drawing on data collected from interviews conducted with Gen Y Buddhists in Australia, this paper demonstrates how intergenerational interdependencies are experienced by a specific cohort of young Australian Buddhists, and how this represents the development of more cosmopolitan, other-oriented dispositions which have the potential to transcend the needs of a particular generation or ethnic group. 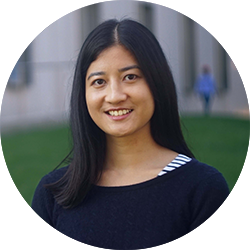 Kim Lam is Associate Research Fellow for the UNESCO Chair for comparative research on Cultural Diversity and Social Justice, at The Alfred Deakin Institute for Citizenship and Globalisation at Deakin University, Burwood. She is also a teaching associate in Sociology at Monash University and an editorial assistant for the Journal of Religious and Political Practice. Her recently completed PhD on Buddhist youth identity negotiation explored how Buddhist teachings of non-self, interdependence, emptiness and impermanence informed the religious socialisation, belonging and civic and political participation experiences of young adult Australian Buddhist practitioners living in a contemporary context characterised by processes of individualisation and self-making. She has published articles on these and other topics in the British Journal of Sociology, Journal of Youth Studies and Journal of Global Buddhism.

Abstract submissions for the AABS Conference have now closed. Individuals who have submitted an abstract will be notified by 10 September if their paper has been accepted, and will need to register by 12 October in order to be included in the Conference Program.

Conference registration is now open on Eventbrite. However if you have submitted a paper, please wait until you receive confirmation that your paper has been accepted before you register to attend.

Please contact adi-admin@deakin.edu.au if you have any questions about submissions.

The AABS is offering a number of competitive bursaries, up to the value of $500 each, for postgraduate students to attend the conference.

To apply, please email Associate Professor Judith Snodgrass with an abstract of the thesis, proposed paper title and abstract, and postgraduate enrolment date.

Conference registration is now open on Eventbrite. However if you have submitted a paper, please wait until you receive confirmation that your paper has been accepted before you register to attend.