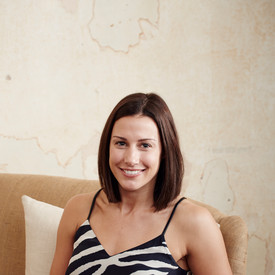 Madison Robinson successfully juggled her goals to become a physical education teacher and professional netballer with the assistance of Deakin's Elite Athlete Program. She completed her Bachelor of Education with a distinction average, even when netball took her to Perth for a season.

As a netball player with the Melbourne Vixens and Australian national team, the Diamonds, Madison has received netball's highest individual accolades and awards. She played in the 2011 Netball World Championships and won a gold medal at the 2014 Glasgow Commonwealth Games.

While Madison continues to play for the Vixens, she also works as a full-time teacher, mentors young athletes and acts as an ambassador for community charities in Melbourne and Geelong.

Her sporting awards are as impressive as they are extensive:

Elite netballer Madison Robinson reflects on being the first Deakin student to undertake the Elite Athlete Friendly University program at Geelong Waurn Ponds, and how it helped her to get to where she is today.

Learn from yesterday, love for today, hope for tomorrow.