What is an ATAR and how is the ATAR calculated using VCE scaling?

What is an ATAR?

The Australian Tertiary Admission Rank (ATAR) – previously known as ENTER – is a ranking of Year 12 results that measures your overall academic achievement compared with all other final year students in Australia (excluding Queensland). The ATAR is not a score out of 100 – it is a rank. The ATAR enables tertiary institutions to compare the overall achievements of all students who have completed Year 12.

In Victoria, ATARs are calculated by the Victorian Tertiary Admissions Centre (VTAC) when you complete the Victorian Certificate of Education (VCE). VTAC uses the VCE results issued by the Victorian Curriculum and Assessment Authority (VCAA) to calculate ATAR scores. You need to have completed at least four VCE studies in a recognised combination to have your ATAR calculated. 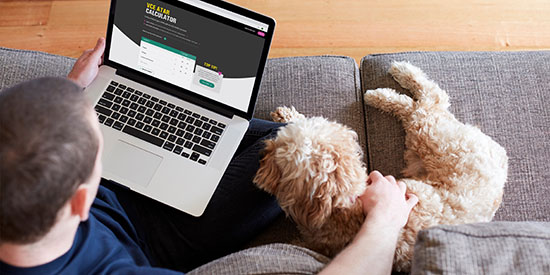 What is a study score?

A study score is a ranking (not actually a score) that shows how well you performed in a study (subject) at unit 3 and 4 level, compared to everyone else in Victoria who took that study. Study scores calculated by the VCAA will be used by VTAC to calculate the ATAR.

Study scores are scaled up or down by VTAC according to the performance of students in a study in a particular year – which means scores change each year, making ATARs difficult to predict.

How is the ATAR calculated?

The ATAR is calculated by VTAC from an aggregate, based on up to six VCE scaled study scores. It is produced by adding together:

Students are then ranked in order of their aggregate and a percentage rank is assigned to distribute students as evenly as possible over a 100-point scale.

Finally, the percentage rank is converted to an ATAR. The ATAR is an estimate of the percentage of the population that you outperformed. So if you receive an ATAR of 60, it means you performed better than 60% of students that year.

About to finish year 12 and planning your university preferences? Find courses by ATAR now.