Australia is well placed to play the role of honest broker between Iran and Saudi Arabia and, by doing so, enhance its standing and prospects in the region, Professor Shahram Akbarzadeh argues in the latest edition of Australian Outlook.

Professor Akbarzadeh, an expert on Iran and the Middle East and a researcher with the Alfred Deakin Institute for Citizenship and Globalisation (ADI), is the chair of the organising committee for a conference looking at the Future of the Middle East on 3-4 November 2016.

The conference, sponsored by the US Consulate General in Melbourne, will showcase ADI’s expertise on the Middle East – in particular Iran, Turkey and Syria – as well as its Middle East Studies Forum. New and emerging researchers will be included with a special HDR workshop being run the day before the conference on November 2. The workshop will give tips on conducting field work in the Middle East and advice on future careers in the region.

Professor Akbarzadeh said it had been six years since the fatal immolation of the Tunisian fruit seller Mohammad Bouazizi, which led to the fall of regimes in Egypt, Tunisia and Yemen and conflict in Syria, Iraq, Egypt and Yemen.

'Our experts will look at the questions which emerge from this but also the Syrian Crisis, Iran and the vital role women are playing in this country and the Middle East; as well as the predicament of minorities such as the Kurds and Armenians in the region.'

Professor Akbarzadeh said instability in the region came at a time when Australia was searching for new opportunities in Middle Eastern markets and had reopened the Austrade office in Iran.

'The regional instability does put our interests at risk but Australia cannot afford to sit on the sidelines and watch the region slide into anarchy', he said.

'Tension between Iran and Saudi Arabia has grown to unprecedented levels and to date there has been no sign of any attempt to calm them. There is a real need for an external honest broker, a role that cannot be played by the United States or Russia because both are tainted by their support for the opposing states.'

Professor Akbarzadeh said Australia’s work in the region had won it many friends and goodwill.

'Australia has been among the first countries to welcome Iran’s nuclear deal and pursue the resumption of bilateral trade. There is an abundance of goodwill for Australia though out the region across the divide but this capital is seriously underutilised. Australia is punching well below its weight – we have the capacity to pursue a grander agenda.'

Dr Costas Laoutides, Deakin University
Feet of Clay: The Kurdish Factor as a security response to the Islamic State 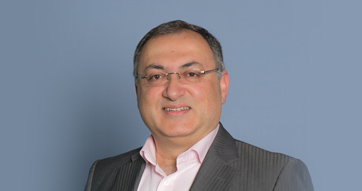 Professor Akbarzadeh is the chair of the organising committee for a conference looking at the Future of the Middle East on 3-4 November 2016.