A creative tribute to women affected by the Hiroshima atomic bomb will be funded by an Australia Council Grant.

Dr Cassandra Atherton, a lecturer in creative writing and literature at Deakin University, will utilise an Australia Council Grant to work in-situ in Japan for three months and compile a hybrid book of prose poetry. By exploring the atomic bombing at the end of the Second World War, Dr Atherton hopes her work will raise awareness of the human consequences of nuclear warfare.

“Sometimes, it’s imagination that gets the word out more than writing a scholarly paper; it’s about thinking in different ways to educate people about the terrible consequences of the atomic bomb. People can be involved in creative projects and make a difference by lobbying for military disarmament in this way,” said Dr Atherton.

“I’ve been writing about Japan and the atomic bomb since I was about 19. Now, with events in North Korea and political instability in various countries, nuclear weapons have come back into the public consciousness. It is so important that we are aware of the issues because many people don’t realise the scale of devastation and how it can affect people’s lives.”

Dr Atherton visits Japan each year and was a Visiting Fellow at Sophia University, Tokyo, in 2014. She also attended the 70th anniversary ceremony of the atomic bomb at Hiroshima in 2015. At that time, Dr Atherton and Dr Alyson Miller, a lecturer in writing and literature at Deakin, collaborated on “Pikadon: Post-Atomic Alice”. This collection of prose poetry, funded by a VicArts grant, placed “Alice in Wonderland” in the aftermath of the bombing at Hiroshima.

The focus for Dr Atherton’s current project will be the physical, social and emotional impact of the bombings on a group of Japanese school girls, known as the Genbaku Otome, or Hiroshima Maidens.

“They were discriminated against in their own country. Because of the allied occupation in Japan straight after the war, censorship was huge and no one in Japan really understood what the atomic bomb had done, because people weren’t allowed to report on it in the press,” said Dr Atherton.

“When people in Japan started to understand what had happened, they were terrified, and a lot of these school girls were hidden by their parents in their homes. Most of them could never expect to get married because, if they revealed that they were an atomic bomb survivor, people believed they would give birth to deformed children. They were also disfigured; a lot of them had keloid scars (a thick, recurring growth of excessive scar tissue) and some had hands frozen into claws.”

Obtaining first-hand accounts from people who experienced the events of 6 August, 1945, is becoming increasingly rare. Dr Atherton has interviewed survivors, and is acutely aware that, “They’re getting older; we need to record their stories while we can.”

“The difficult thing, sometimes, is the public being quite confronted by some of the images. In a book I produced a couple of years ago, I used some of the survivor accounts of what happened, and for some readers that was far out of their comfort zone. This is interesting in today’s world of video games and online violence. If people are confronted, I feel it’s a great thing; it shows they’re not desensitised.”

The style of the creative work by Dr Atherton, and choice of prose poetry as a medium, is designed to capture and honour the rupture of the event. The book will also include fragments of work from survivors, and contemporary graphics by artist Phil Day, who has collaborated with Dr Atherton on previous publications, including “Sketch Notes” and “Trace”.

Dr Atherton is a highly respected scholar, editor, interviewer, poet-critic, and award-winning writer. She undertook a Harvard Visiting Scholar’s position in English in 2015-2016, and has received over 15 national and international grants and teaching awards, including Deakin University “Teacher of the Year”. She is also Poetry Editor of Westerly Magazine and has been a judge on several poetry and short story competitions, including the Victorian Premier’s Literary Awards.

Live readings of her prose poetry will be held in Japan, including a reading at Hiroshima City University. To balance the sensitivities of the topic, while expressing the horror of what happened, Dr Atherton takes her cue from how survivors of the atomic bombings read their own work.

“Ultimately, I’m trying to move the audience without being exploitative; saying, this isn’t my experience, but I feel this is something people should know about - being the storyteller rather than the person who experienced it.”

Dr Atherton leaves for Japan at the end of the year, and will complete her project in February 2018. 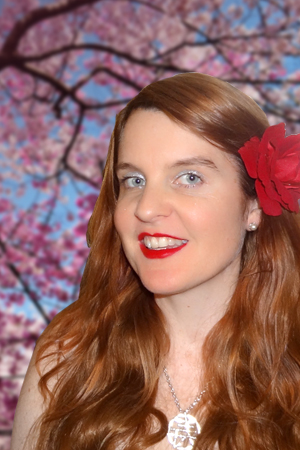