The ethical dimensions of public policy making - particularly in relation to asylum seeker and indigenous policy - will be among a number of important and timely issues to be discussed by Emeritus Professor Gillian Triggs, President of the Australian Human Rights Commission, when she delivers this year’s UNESCO Chair Annual Lecture.

To be held at Deakin’s Melbourne City Centre next Tuesday, the lecture is being hosted by Deakin’s Centre for Citizenship and Globalisation (CCG).

The Director of CCG, Alfred Deakin Professor Fethi Mansouri - who holds the UNESCO Chair in Cultural Diversity and Social Justice at Deakin - said that the lecture “aligns perfectly” with the role of both the CCG and the UNESCO Chair.

“We are concerned with promoting research and public discussion about the various issues surrounding diversity and the challenges that are faced in the pursuit of social justice policy,” Professor Mansouri said.

“This lecture will foster discussion around policy, media discourse, public debate and political leadership on issues relating to diversity.”

As President of the Australian Human Rights Commission, Professor Triggs has a strong influence on the implementation of Australian law of the human rights treaties to which Australia is a party, and works with nations in the Asia Pacific region on practical approaches to human rights.

Her long-standing commitment to legal education builds on the Commission's efforts to inform Australians, especially children, about their fundamental human rights.

Professor Triggs has combined an academic career with international commercial legal practice and worked with governments and international organisations.

Before taking up her appointment with the Human Rights Commission in 2012, she was Dean of the Faculty of Law and Challis Professor of International Law at the University of Sydney from 2007-12 and was Director of the British Institute of International and Comparative Law from 2005-7. 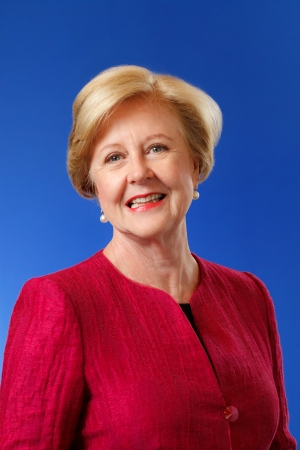