Deakin University is to co-lead a new national research centre that will counter radicalisation and violent extremism at the grassroots level.

The Australian Intervention Support Hub (AISH) was launched by Justice Minister and Minister assisting the Prime Minister on Counter-Terrorism, the Hon Michael Keenan in Canberra on 10 August.

The Centre will be led by two of Australia’s most prominent counter terrorism researchers, Deakin’s Professor Greg Barton and Dr Clarke Jones from the Australian National University’s Regulatory Institutions Network.

Professor Barton, who is Chair in Global Islamic Politics at the Alfred Deakin Institute for Citizenship and Globalisation (ADI-CG), explained that the AISH will aim to develop evidence-based research that identifies the reasons or risk factors behind radicalisation and reveals what attracts people to violent extremist groups like the Islamic State.

It will include a range of experts who can provide support to government agencies or community groups running intervention programs to halt or potentially reverse the radicalisation process.

"Hundreds of young Australians have been prevented from travelling to join the conflict in Syria and Iraq, but whilst that sort of intervention saves lives, it is not a sufficient response in and of itself," Prof Barton said.

"Families and community groups need to be helped to work with those stopped from travelling and those found to be at risk of recruitment."

Dr Jones added that the Centre will work to support front line service providers who are developing counter narratives and alternative pathways, “to avoid having young people act out issues using violence."

The Attorney-General's Department and the Australian Federal Police are providing funding for AISH, which will work with experts from universities around Australia and the International Centre of Excellence for Countering Violent Extremism in the United Arab Emirates.

After spending 13 years at Deakin from 1993-2006, Professor Barton has recently re-joined Deakin from Monash University, where he was the Herb Feith Research Professor for the Study of Indonesia; Director, International, of the Global Terrorism Research Centre; and Director of the Centre for Islam and the Modern World.

Prof Barton is known as one of Australia's leading scholars of modern Indonesia, Islamic social movements and politics, terrorism and countering violent extremism.

Over the past 28 years, he has undertaken extensive research on Indonesian politics and society, especially on the role of Islam, as both a constructive and disruptive force. He has been active in inter?faith dialogue initiatives and has a deep commitment to building understanding of Islam and Muslim society.

His research centres on the way in which religious thought, individual believers and religious communities respond to modernity and to the modern nation state.

In his new roles at ADI and AISH, Professor Barton will continue as the Deputy UNESCO Chair in Interreligious and Intercultural Relations – Asia Pacific and as co-?editor of the journal “Islam and Christian Muslim Relations.” He is also a non-residential Senior Fellow with the UAE-based Hedayah Center in Abu Dhabi, working on countering violent extremism. 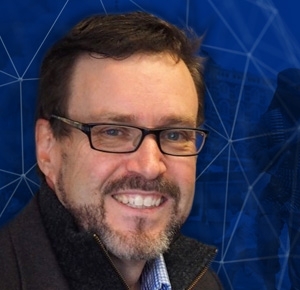 Deakin's Professor Greg Barton is one of Australia's most prominent counter terrorism researchers.

IS' destruction of cultural heritage in Iraq and Syria shocked the world but Dr Antonio Gonzalez Zarandona argues similar destruction has occurred to landscapes sacred to Australia's Indigenous populations it's just that it hasn't been articulated using the language of iconoclasm.