Diagrams, graphs and sketches – and even physical gesturing – have always played a role in science education, but a research team at Deakin has identified the central role they play in learning processes in both science and mathematics.

The team is using this knowledge to achieve a whole new level of performance and engagement in science and mathematics subjects for primary and secondary students.

Working within Deakin’s Centre for Research in Educational Futures and Innovation (CREFI), the team has worked with the Victorian Department of Education to conduct professional development for hundreds of Victorian teachers and is currently working with staff from eight Victorian secondary schools, and Years 6-7 teachers at Wenona Girls’ School in North Sydney, with outstanding success.

“We are finding that students can achieve up to twice the learning gains of other approaches, for both higher and lower achieving students,” Associate Professor Hubber said.

The researchers developed their approach through two further ARC projects that deepened their understanding that science and maths require co-ordinating and reasoning with multi-modal representations, such as verbal and written language, drawings and diagrams, 3D models, mathematical forms, such as graphs, tables or equations, and embodied language, such as gesture and role play.

“What could be more effective in describing how a snake moves through grass than gesturing with a hand movement?” said Professor Tytler.

“When scientists are at work, they use a range of visual forms to imagine new relations, test ideas and elaborate knowledge. We have discovered that these visual tools need to be explicitly included in the teaching process. Inventing ways to show scientific phenomena actively shapes how we build knowledge in science.”

“In our digital age, there are boundless new opportunities to create maps, simulations, videos, or enhanced photos on computer technology,” added Associate Professor Hubber. “This way of exploring ideas matches the knowledge producing practices of scientists.”

The researchers have developed units on a number of topics for teachers in Years 5 to 8, including astronomy, substances, forces, geology, adaptation, heat, light and energy.

Their CREFI colleague, Dr Gaye Williams, is also working closely with Wenona Girls’ School to develop and implement open-ended problem-solving tasks that can be approached through multiple pathways and levels of mathematical sophistication.

This work is informed by Dr Williams’ ARC Project on resilience-building through mathematics learning, and her professional learning programs, based on findings from that study. She found that students’ mathematical successes as they work with these tasks builds their resilience, increases their problem-solving capability, and deepens their mathematical understandings.

“The results have been very exciting, with students developing their own representations to aid their thinking and communicate their ideas. Teachers are sometimes astounded as they identify students who had not previously displayed rich mathematical thinking engaging with these tasks,” Dr Williams said. 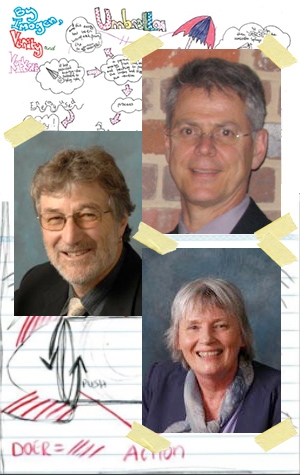 Online learning methods, influence of teacher expertise and participation levels in Higher Education will be explored through Deakin-led research projects funded by the Australian Research Council.

Changing tides - the future of work.

For the third year in a row, we find the changing nature of work on our Top 10 Workplace Trends list.