Nearly one third of Australian adults are suffering vitamin D deficiency according to a study involving more than 11,000 adults from around the country.

This is the first national study to evaluate the vitamin D status of Australians. Those at greatest risk for deficiency were women, the elderly, the obese, people doing less than 2.5 hours of physical activity a week, and people of non- European background.

The results highlight vitamin D deficiency as a major public health issue for Australia that requires urgent attention, said study leader Professor Robin Daly, Chair of Exercise and Ageing within the Centre for Physical Activity and Nutrition Research at Deakin University, and honorary fellow in the Department of Medicine (Northwest Academic Centre) at the University of Melbourne.

“Vitamin D deficiency is emerging as a major health problem worldwide. It is clear from the results of our study that, despite an abundance of vitamin D rich sunlight, Australians are not immune from this issue,” he said.

“Low levels of vitamin D can contribute to a number of serious, potentially  life-threatening, conditions such as softened bones; diseases that cause progressive muscle weakness leading to an increased risk of falls, osteoporosis, cardiovascular disease, certain types of cancer and type 2 diabetes.

“While it was reassuring that only four per cent of the population had severely deficient levels, national strategies are urgently needed to attack the high prevalence of vitamin D deficiency in Australia before the problem worsens.”

For the study, the researchers measured the vitamin D levels of 11,218 adults aged 25-95 years from all six states and the Northern Territory as part of the Australian Diabetes, Obesity and Lifestyle (AusDiab) study conducted by the Baker IDI Heart and Diabetes Institute in 1999-2000.

The prevalence of deficiency was also found to vary markedly by season and location, with deficiency more common during winter and in people residing in the southern states of Australia.

Professor Daly and his co-authors from the University of Melbourne and the Baker IDI Heart and Diabetes Institute said it was timely and appropriate to develop national strategies across the whole population and further awareness campaigns for balancing safe sun exposure and adequate vitamin D intake to ensure optimal vitamin D status year-round for all Australians.

The results are published in the journal Clinical Endocrinology.

Ethnicity was categorised into ‘Europid’ and non-Europid based on country of birth. The majority of participants were categorised as Europids which included those born in Australia, Northern Europe, Canada, USA and New Zealand. Non-Eurpoids included those born in Southern Europe, Asia, the Middle East, India and Sri Lanka, Pacific Islands, Africa and South and Central America. 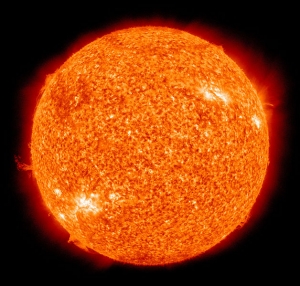 "It is clear from the results of our study that, despite an abundance of vitamin D rich sunlight, Australians are not immune from this issue," Professor Daly said.