Understanding how Middle Eastern heritage sites contribute to a sense of identity and belonging for the people of Syria and Iraq is at the centre of Deakin’s research helping to prevent further destruction of historically significant sites and monuments.

The Middle East is home to some of the world’s most important heritage sites that date back millennia. Today, many such sites play a key role in creating a sense of belonging and cultural identity. In the context of Iraq and Syria, they are a testament to a shared past where different cultures and religions mostly coexisted in peace.

Researchers from the Alfred Deakin Institute for Citizenship are studying the causes of mass heritage destruction across the Middle East and are exploring the factors that drive it. The consequences of this destruction in terms of impacts on cultural identity and the challenges involved in restoring local heritage will form an important body of knowledge told from a non-Western perspective.

Heritage sites across Iraq and Syria represent the achievements of some of the world’s earliest settlements and cultures. They’re also being destroyed on an unprecedented scale. This destruction is an enormous loss to both local communities and to our broader understanding of the past. ‘The destruction of cultural heritage in the Middle East is unprecedented in human history, and what is lost can never be replaced, some of which is over 4000 years old,’ says Professor Benjamin Isakhan.

Deakin’s research, led by Professor Isakhan, is concerned with the destruction of key heritage sites and monuments by groups such as the Islamic State of Iraq and al-Sham (ISIS) in the Middle East.

These significant sites include Palmyra, an ancient city, and the Mosul Museum, the second largest museum in Iraq. In addition to these monuments acting as a window into the past and being critical to the development of a peaceful future within the Middle East, their destruction also has had a profound effect on individual and cultural identity.

Determining loss from the perspective of residents

Western countries are fascinated with the ancient Middle East and many institutions and global bodies have launched their own initiatives to reconstruct the heritage lost in Syria and Iraq. While well-intentioned, these efforts tend to rely on assumptions about how the people of Iraq and Syria engage with their heritage, how they perceive and interpret its destruction, and the value placed on its reconstruction. For instance, a local mosque may have a greater significance for residents than a site deemed ‘valuable’ by Western experts. Islamic heritage can often be overlooked in favour of these sites, leaving important sites unprotected.

To address this imbalance, researchers from the Alfred Deakin Institute are collaborating with leading global experts as well as many local partners in Syria and Iraq to conduct country-wide surveys and interviews. The ARC-funded project, After Islamic State: Local-State-Global Heritage Dynamics in Syria and Iraq, consists of a survey that focuses on residents in Mosul, Iraq and Aleppo, Syria, and will explore their relationship to their cultural heritage.   The survey will ask how local residents engage with their heritage, interpret the destruction of significant monuments, and which sites they would most like to see reconstructed. Residents’ opinions on heritage and the extent to which these opinions converge with the attitudes of key state and global players will also be examined.

The first was an Australian Research Council (ARC) Discovery Early Career Researcher Award (DECRA)-funded project that focuses on the destruction of heritage sites during the Iraq War from 2003.

The second project was funded by the Australian Department of Defence and included the creation of databases of key heritage sites across the Middle East. The project used grid coordinates to document their condition, cultural significance, and religious affiliation. These coordinates were then relayed to the Defence Force, in an effort to prevent further damage to these priceless monuments.

The After Islamic State: Local-State-Global Heritage Dynamics in Syria and Iraq survey has been designed and is set to begin collecting data in 2021.

'The destruction of cultural heritage in the Middle East is unprecedented in human history, and what is lost can never be replaced, some of which is 4000 years old.' 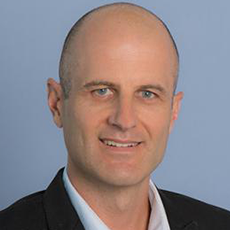 The initial research on measuring cultural heritage destruction in Iraq and Syria was funded by a Discovery Early Career Researcher Award (DECRA) from the Australian Research Council (ARC).

The project that captured the state of heritage sites using grid coordinates was funded by the Australian Research Council and the Australian Department of Defence.

The upcoming After Islamic State: Local-State-Global Heritage Dynamics in Syria and Iraq survey project is funded by an Australian Research Council Discovery Grant. It involves collaboration with the University of Pennsylvania, the Arab Barometer at Princeton University, and various local partners.

For more information about our research impact contact Deakin Research.