Australian parents are struggling to curtail their children’s screentime following a sharp rise in the use of digital technologies during COVID-19 lockdowns, research shows.

Technology related meltdowns are now erupting in some households as parents try to wrestle back control of the remote and wean their child off their devices.

Deakin University academics led by the School of Education's Professor Julian Sefton-Green of the Australian Research Council's Centre of Excellence for the Digital Child conducted an international study into parents’ changing attitudes to screentime due to COVID-19 lockdowns.

Families from Australia, the United Kingdom, South Korea, the United States, China, Canada and Colombia were interviewed, with dramatic differences but also similarities discovered between the nations.

The Centre's research fellow Dr Andy Zhao said early results indicated caregivers in countries such as Australia, the United Kingdom, and China showed an increased tolerance to children's use of screen devices.

This was no surprise, he said, given they endured some of the longest and most onerous lockdowns.

But this change of approach had far-reaching consequences for families, with some now struggling to scale back their child's digital technology use post-lockdowns.

Many families also worried it would be impossible to return to pre-pandemic levels of screentime because their children’s habits had changed.

"What we found in countries like Australia, particularly in Melbourne, is families became reliant on digital screen technologies to cope with extended lockdowns. They used them for home schooling, entertainment, to connect with family and friends, and to stave off boredom," Dr Zhao said.

"But this hasn’t come without consequences. Many families have expressed a desire to return to pre-pandemic levels of screentime but don’t know how, or if it might happen at all. They also reported feeling a strong sense of anxiety and guilt about their child’s increased use of digital screen technologies."

Co-researcher Dr Sarah Healy said some families did make a smooth transition to a "new normal" for technology use post-lockdowns, but this was mostly dependent on the caregiver’s own willingness to be flexible in their approach.

"Some parents were more optimistic about the possibilities afforded by digital and screen media than others. They were also open to continuing its use for activities where it was more productive, such as for different types of learning or communicating with family members. This approach can help to avoid the technology related conflict we’re seeing in some households," Dr Healy said.

But Dr Zhao said the increased technology use had to be balanced with children’s other needs, such as physical outdoor activity and socialising in person with family and friends.

A book on the findings, Children, Media and Parenting in the COVID-19 Pandemic, project will be published next year. 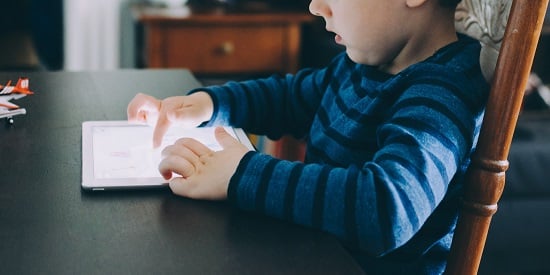