Aussies unaware of the upcoming 'golden decade' of sport

A new national survey by Deakin University has revealed that while nearly all Australians (97 per cent) believe that Australia is a sporting nation, there is still low awareness of the projected industry growth and career potential in sport.

Speaking to over 1000 Aussie parents and 300 high school students aged 16–17, the survey sought to understand Australian sentiment towards sport and careers in sport-related fields.

The survey comes as Australia is set to enter 'The Golden Decade of Sport' – with the nation anticipated to host 10 major global sporting events over the next 10 years, generating thousands of job opportunities for those interested in sport-related fields.

Looking at the Brisbane 2032 Olympic and Paralympic Games alone, the Queensland Government anticipates over 130,000 direct jobs will be created locally.

Despite this underestimation, 9-in-10 (91 per cent) parents say that they would support their child in pursuing a career in a sport-related field if they were interested in doing so. In fact, 6-in-10 (58 per cent) say they definitely would support them.

Respondents were also questioned on why they think Australia is a sporting nation. The most common reasons parents consider this is because of the nation's strong performance in international competitions (61 per cent), the world-class sporting events Australia hosts (61 per cent) and the strong community sport programs through local clubs (61 per cent).

Parents were least likely to consider Australia a sporting nation because of the career opportunities in sport (33 per cent).

"The Australian sport industry is one of the most diverse and celebrated in the world. However, it's unsurprising to hear its size and expected growth is being underestimated. Although Australia produces some of the world's more respected sport administrators, managers and scientists, it is typically the success of our athletes that steals the limelight, not so much the work that is achieved beyond the field of play.

The next generation of sport professionals will be exposed to an exceptional number of opportunities, more so than any other generation. Those interested in sport or a sport-related field would be wise to begin developing their skills now, helping them to take full advantage of the rich career pathways that lie ahead."

Mirroring this, three-quarters (78 per cent) of parents believe they have influence over their child's career path, with a quarter (24 per cent) believing they have a significant influence.

Conversely, 1-in-5 Australian students surveyed (21 per cent) don’t feel confident that their parents would encourage them to pursue a career in a sport-related field.

Melbourne Vixens netballer and Deakin University student Kate Moloney says opportunities to pursue a career in sport in Australia are there for the taking.

"The Australian sporting industry has flourished over the last decade. With the introduction of international competitions and a stronger contingent of professional women's leagues, we are living through one of the most exciting eras in Australian sport. Parents should take comfort in the fact that if their child is interested in a career in sport, the opportunities are plentiful and diverse." 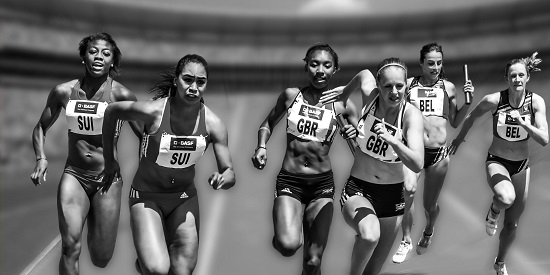