A landmark Deakin University study has for the first-time revealed gender differences in the injuries sustained by community-level footy players.

"Given the increasing number of female footy players, it’s important that we understand the risks involved," Dr Gill said.

"Most research to-date has focused on men, so together with the Australian Football League (AFL), we’ve taken a much closer look at the injuries sustained by female players compared to male players."

The study is a partnership between Deakin, Barwon Health, the Barwon Centre for Orthopaedic Research and Education (B-CORE) and emergency departments in Geelong and south-west Victoria. It is also supported by the AFL Research Board.

The study involved 1635 patients aged 4 to 55 years, of which 242 (14.8%) were female players, who attended one of the 10 participating emergency departments in Victoria with a football injury during the 2019 football season.

The results revealed that:

Dr Gill said he was surprised by some of the findings, particularly around concussions and ACL injuries.

“Women have higher rates of concussion than men in some sports, so we were expecting to see that in this study," he said.

"Instead we found that concussions were shared almost equally between male players and female players.

"It was a similar story with ACLs, which is a serious knee injury. Women tend to have higher rates of ACL injuries, however we found only a small number of these injuries, and our statistical tests did not find differences between male players and female players."

With female players and male players suffering different types of injuries, Dr Gill said it is important to now understand why this is and how these injuries might be prevented.

"For example, do female players try and mark the football differently to male players which explains the higher number of hand and finger injuries," he said.

"If we can figure this out, then we can implement targeted, gender-specific injury prevention programs."

The results of the study are reported in the Journal of Science and Medicine in Sport paper ‘Gender differences in female and male Australian Football injuries – A prospective observational study of emergency department presentations’. 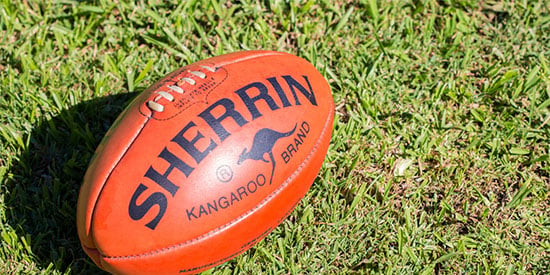 From Deakin to Tokyo: VC congratulates competing students and alumni

On the eve of the official opening of the 2020 Olympic Games, Deakin University Vice-Chancellor Professor Iain Martin has sent a message of congratulations to members of the Deakin community competing in Tokyo.

Deakin partners with Netball Victoria and the Melbourne Vixens

Deakin University has signed a multi-year deal with Netball Victoria and the Melbourne Vixens to become an Official Education Partner.

Deakin University has welcomed todays commitment from the Victorian Government to contribute to the build of ManuFutures  a $13 million centre to lead innovation to support the future of advanced manufacturing in regional Australia.