The authors of an Australia-wide survey into the health and wellbeing of school principals believe the COVID-19 pandemic could herald a positive shift in community attitudes toward school leaders.

The survey, completed prior to the catastrophic bushfires, floods and COVID-19 pandemic which have marked the start of 2020, reveals today's school leaders are more concerned for the mental health of students and staff than in any previous year.

The Australian Research Council funded project was awarded to the Australian Catholic University (ACU) and led by Professor Herb Marsh and his colleagues from the Institute for Positive Psychology and Education at ACU, and Professor Philip Riley from Deakin University's School of Education.

The Australian Principal Occupational Health, Safety and Wellbeing Survey 2019 which has been published HERE today reveals record numbers of school principals - nearly one in three - faced stress and burnout from their jobs, including high levels of threats and physical violence by parents and students.

But researchers from ACU and Deakin believe mass disruptions to school and home life during COVID-19 could trigger a welcome uplift in community appreciation for the ongoing and unforeseen challenges faced by school principals.

"We know from anecdotal evidence that many parents, although impacted themselves, are deeply appreciative of this work by principals and educators. We hope this points to a future in which there is greater awareness and acknowledgement of the many stresses and challenges that principals face on a regular basis as they lead their students and staff."

Since it commenced in 2011, the annual survey has heard from more than 50 per cent of Australia's school principals.

"Last year school leaders told us they were struggling from many serious work-related issues including stress caused by parents, burn-out from the sheer quantity of work, employer demands and student and staff mental health issues," Professor Marsh said.

"The combined impact of record levels of heavy workloads and offensive behaviour by parents and students is a risk to school leaders’ long-term health and even their life expectancy."

Professor Riley added that while violence was a problem anywhere where strong emotions were involved, education leaders were drawing a line in the sand to say this appalling behaviour must end in schools.

TABLE: 2019 Offensive behaviours by parents and students towards school leaders by state and territory as compared with the general population.

"It should be no surprise that fewer educators are willing to step up and take on the increasingly-complex role of school principal," Professor Riley said.

"The low replacement rate for retiring school principals tells a truly dire story about our education system which should concern us all and needs further investigation."

"Countless studies show the transformative nature of education and school leadership. If we, as a nation, are serious about the key role of education in the growth and development of Australia, we simply cannot ignore school leaders' cries for help." 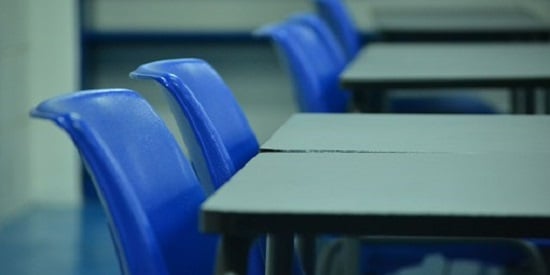