The meta-analysis of 20 studies, examining a total of 709 pregnant and 521 non-pregnant women, showed women do experience what's scientifically defined as "cognitive changes" during pregnancy. The findings are published today in the Medical Journal of Australia.

Researcher Associate Professor Linda Byrne, a psychologist and neuroscientist in Deakin's School of Psychology, said symptoms of the phenomenon - colloquially known as "baby brain" - could include poor concentration and absentmindedness, with memory problems the most commonly reported.

"So that seems to confirm a lot of what we hear anecdotally where women say they start forgetting things during pregnancy - they put the car keys in the fridge or miss appointments," Associate Professor Byrne said.

"The data also showed that the memory performance of pregnant women appears to decline between the first and second trimesters."

But Associate Professor Byrne said "baby brain" shouldn’t be cause for concern, rather evidence of "biological priming".

"Pregnant women have got more important concerns than minor memory lapses. They're growing a child and then preparing to give their full attention to caring for it," she said.

"The research also showed that as soon as pregnant women were required to focus, they behaved at normal levels of cognitive function."

Lead researcher Sasha Davies, a PhD candidate in the School of Psychology, said it was important to note that there were limitations to the available data used in the study.

"We know that other factors can impact on things like memory, and many of these weren’t accounted for in the data," Ms Davies said.

"For example, there was little information on women pre- and post-pregnancy, making it hard to compare the same women over time.

"There was also no distinction made for women with multiple children and we know that sleep deprivation, often a big part of new parenthood, can leave people's minds cloudy."

Ms Davies is hoping to gain a better understanding of how women's brains are affected during pregnancy, by instigating a study of her own.

Deakin's School of Psychology is currently recruiting women who are planning a pregnancy, and those currently in the first trimester of their pregnancy for the study.

"The study will use sensitive neuroscience techniques to track changes in cognition before, during, and after pregnancy," Ms Davies said.

"We also hope to use this information to see how 'baby brain' might affect health outcomes for pregnant women."

To find out more visit www.babybrainresearch.com. 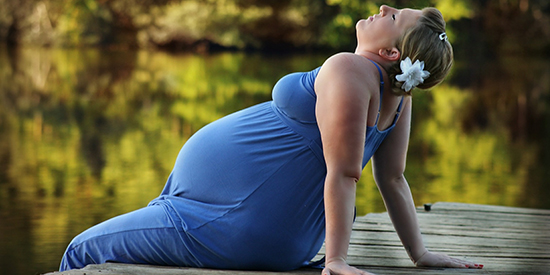