Breast milk should be defined as a 'tissue' and regulated in the same way as human blood, according to recommendations from law and bioethics experts concerned with the growing shadow market for human milk, not just from families but from body builders and even cancer and COVID patients.

The recommendations, published as part of a research paper in the Australian Feminist Law Journal, contend a legal definition of human milk is needed so it can be brought under necessary market regulation.

"This is a precarious situation, as unscreened and potentially unsafe human milk is being provided to the most vulnerable members of society - infants," she said.

The internet and social media networks are key platforms that enable the donation, sharing or trade of human milk. With popular Facebook groups set up to service all Australian states and territories.

Though families wanting human milk for their babies still make up the majority of those seeking suppliers online, increasing interest in purchasing human milk for adult consumption has come particularly from bodybuilding communities.

Recently, human milk has also attracted the attention of hopeful cancer patients seeking to consume it as a novel form of stem cell therapy.

Human milk is predominantly donated, shared or traded by parents who have a surplus supply, or who may have stopped breastfeeding their infant but still have human milk that they are willing to express.

But research has found that human milk sourced and purchased via the internet often contains higher bacterial growth and contamination due to poor storage, collection, and transport practices.

"If there is one child that becomes seriously sick from unscreened human milk the flood gates for legal action may open," Associate Professor Bhatia said.

"We consider that there is a need for regulatory guidance with effective legal oversight and accountability that should not be left to those administering online Facebook groups."

Associate Professor Bhatia said Australia should treat the sharing of human milk the same as blood donation, because the two products had many important similarities.

"Both blood and human milk are generated in the body and are replaced by natural processes. Both carry health risks if they are not screened for infectious agents or stored correctly. Both are a source of human cells, including stem cells," she said.

"People donate blood altruistically; they can’t sell it. And we believe that like blood, human milk can be effectively collected, screened and shared via regulated milk banks."

Associate Professor Bhatia said a much wider group of babies could benefit from donated milk.

"Babies with same sex parents, born to a surrogate, fostered or adopted, with a mother who has passed away, or with mothers having difficulty breast feeding would all benefit from increased access to safely donated milk," she said.

"We know that access to breast milk in infancy is strongly linked to positive health outcomes for the child." 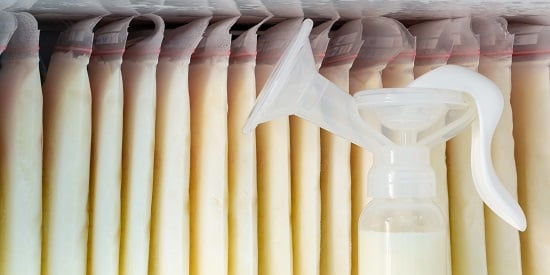