A world first study has shown that cancer – which is increasing among wildlife species due to human activities – can reshape the interactions between species (prey, predator, symbionts) in aquatic freshwater ecosystems.

Despite cancer being observed in a broad range of animals, the impact on ecosystem functioning has mostly been ignored by ecologists and evolutionary biologists. This has been an unfortunate oversight by the scientific community as the number of cancer cases and their influence in wildlife are predicted to significantly increase due to accelerating human impacts on our planet (eg. pollution, climate change).

The research was conducted within the International Associated Laboratory CANECEV, (https://canecev.org/), a collaboration between Deakin University and France’s University of Montpellier/CNRS; a partnership specialising in studying the ecology and the evolution of cancer among wildlife species and the effect of cancer on ecosystems.

Three experiments were undertaken to investigate the effect of cancer on the interaction between hydras (small sea anemone animals that live on rocks in freshwater streams), their prey, their predators, and the single cell ciliates living on their surface.

"This is the first experimental study showing that cancer can reshape the interactions between species in freshwater ecosystems,' she said. 'It was unexpected that tumorous hydras would be better at catching prey than healthy ones, because intuitively we assumed cancer would reduce, not enhance, predatory performance."

"It became obvious that cancer not only alters the appearance, behaviour and development of the hydras significantly, but at the same time, largely changed the way they would normally interact with other species within the ecosystem," said Ms Boutry.

"We can no longer ignore oncogenic processes in ecology and evolution. Malignant cells should be considered full players in ecosystems because they alter the affected species in many ways, therefore making it highly likely that interaction with other species will be modified, along with the function of the ecosystems."

The findings of the study, co-authored by Dr Antoine Dujon, Apr Beata Ujvari from Deakin University, Ms Justine Boutry and Mr Frederic Thomas, from France’s University of Montpellier, have been published in the Science of The Total Environment.

Both Ms Boutry and Dr Dujon are available for interviews. Video and photographs of the experiments are available. 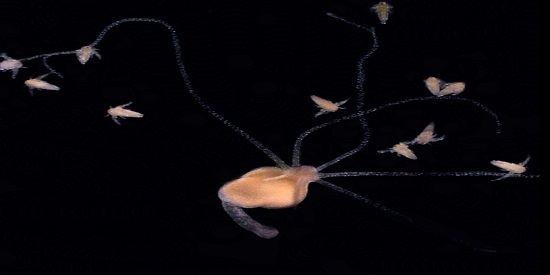