Geelong AFLW players are being put through their paces for a new research project looking to reduce the risk of injury among female footballers.

Using a 3D motion capture system at Deakin University's Centre for Sport Research, the research team will be recording the movement patterns of players that are typical in a game of footy to see if certain players have movements that increase the risk of injury, particularly Anterior Cruciate Ligament (ACL) ruptures.

Dr Stephen Gill from Deakin's School of Medicine and St John of God Hospital said the project will also compare female and male movement patterns to better understand why women have a greater risk of ACL ruptures.

"As part of this lab-based research, players will be fitted with reflective markers and asked to complete a variety of physical tests, such as jumping and catching a ball," Dr Gill said.

"We want to look at how players move during unanticipated sidestepping and when landing while taking a mark as this will give us a picture of their body movements and the stress this is placing on certain key joints, such as knees."

The ACL is one of the ligaments inside the knee which influences the joint's stability. Injuries to the ACL are one of the most common knee injuries among athletes and the highest category of injury in AFLW.

"The reasons women have higher rates of ACL ruptures than men are likely to be multifactorial, but differences in lower limb biomechanics could be an important factor which deserves investigation," Dr Gill said.

The research project will also involve field-based testing at the Geelong Football Club where players will perform a range of clinical and machine-based tests, such as single leg presses, hop tests, jumping and running shuttles.

"It is important that we continue to explore the environmental and sociocultural factors, along with biological determinants, to truly challenge the ACL injury problem in women’s football," Mr Johnson said.

"The club will continue to work with our major partner Deakin University and the AFL to strive to understand the whole system, and question how to address inequities for the benefit of female footballers."

Dr Gill said this study builds on previous research by his team that compared injury profiles between males and females who presented to emergency departments with an Australian football injury.

The study found that females had higher rates of hand and finger injuries, neck sprains and certain knee injuries.

"Ultimately we hope to better understand and assess risk factors for injury so that we can implement evidence-based and individualised injury prevention programs for our players," Dr Gill said. 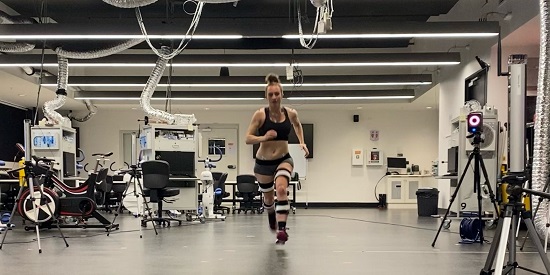