Companies keen to pay less tax should look for a CEO with a pilot's licence on their resume, according to a new Deakin University study that shows a firm's level of tax avoidance is significantly influenced by leaders with "thrill-seeking tendencies".

The paper, recently published in the Journal of Corporate Finance, establishes a link between CEO thrill-seeking and tax minimisation practices using a dataset that identifies CEOs who hold a license to fly small aircraft.

It found that, on average, firms with pilot CEOs have an effective tax rate 2.6 per cent lower than firms managed by non-pilot CEOs. This finding suggests the average firm saves USD $4.95 million per annum in tax payments by hiring a pilot CEO.

Deakin Business School Associate Professor Edward Podolski said he and his co-researchers chose to examine "pilot CEOs" with the idea that those who take risks in their personal lives will also tend to imprint their thrill-seeking on corporate policies.

“Despite the prevalence of corporate tax avoidance, there are significant differences in firms' tax policies. Some engage in tax reduction strategies bordering on illegality, while others choose to stay within the letter and the spirit of the law even if it means paying higher taxes," Associate Professor Podolski said.

"We wanted to understand what explains this difference, and whether the personality of CEOs was a significant factor, specifically their thrill-seeking tendencies. The nature of modern tax avoidance practices require creativity, willingness to pursue novel and complex strategies, and high tolerance of risk.

"Pilot licensing is the only public data we could use test our hypothesis. We can't know exactly how many corporate leaders enjoy bungee jumping for example, but we believe flying light aircraft is an effective proxy to establish an appetite for risk."

The Deakin study used US data from firms listed in the Standard & Poor's 1500 and cross matched it with the Federal Aviation Administration licensing database.

On average, 5-6 per cent of CEOs held pilot licenses over the study period (1992-2018) making up a large enough group for robust comparison.

"We would expect a similar association in Australia and across Europe because of their comparable corporate and cultural environments."

Ultimately, Associate Professor Podolski said his research showed that it was critical for shareholders, regulators, and board members to understand personality characteristics of CEOs because they had a material impact on the company’s policies and outcomes.

"You can't just assume a CEO is a CEO and that they are interchangeable," he said. 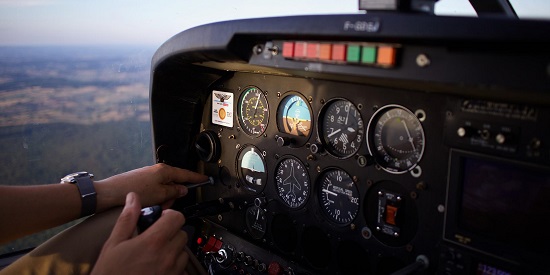