Counting the billion dollar cost of racism in Australia

Media release
06 April 2016
The cost of racial discrimination has had a dollar figure placed on it for the first time thanks to landmark research by Deakin University funded by VicHealth and the Australian Human Rights Commission.

The cost of racial discrimination has had a dollar figure placed on it for the first time thanks to landmark research by Deakin University funded by VicHealth and the Australian Human Rights Commission.

Dr Amanuel Elias from the Alfred Deakin Institute for Citizenship and Globalisation (ADI) has calculated racial discrimination cost the Australian economy an estimated $44.9 billion, or 3.6 per cent of GDP, each year in the decade from 2001-11.

Dr Elias explained that being able to quantify the cost of racism to Australian society is a crucial step towards addressing racial discrimination.

Dr Elias then combined the data on the four health outcomes with statistics on the prevalence of racism to calculate the number of healthy years of life lost due to experiences of racism.

In his thesis, Dr Elias argues that the economic benefits of tackling racism are likely to outweigh the costs associated with fostering social cohesion.

“The overall economic cost of racial discrimination to an economy can serve as a benchmark to scope the size of anti-discrimination intervention,” Dr Elias said.

“In countries like Australia, where subtle interpersonal racism exists along with some forms of institutional discrimination, anti-discrimination interventions require relatively moderate spending.”

According to Dr Elias, the good news is that racial discrimination is a preventable social phenomenon.

“Research shows that anti-discrimination efforts that focus on the benefits of diversity can succeed in reducing racist attitudes and racial discrimination,” Dr Elias said.

“This indicates the need to expand successful programs such as VicHealth’s Localities Embracing and Accepting Diversity and the National Anti-Racism Strategy auspiced by the Australian Human Rights Commission.”

“We know there is a human cost to racism in our society. Now we know something about the economic cost of it. This research will have an important impact on public understanding about racial prejudice and discrimination,” Dr Soutphommasane said.

“Race-based discrimination is a human rights violation that has negative impacts on the health and mental wellbeing of a person and can result in reduced opportunities for education and employment, reduced self-esteem, increased drug and alcohol use, self-harm and detrimental effects on cultural identity,” Ms Rechter said.

“As a community we can all take a stand and say no to racism when we see it. Workplaces, schools, sports clubs and arts activities are all proven avenues to help combat racism.”

The primary supervisor of Dr Elias’ PhD was Professor Yin Paradies from the Alfred Deakin Institute for Citizenship and Globalisation (ADI).

A full copy of Dr Elias’ PhD can be accessed at Deakin Research Online. 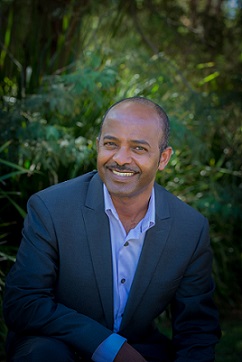 Dr Amanuel Elias has calculated how much racial discrimination costs Australia each year.