Australia needs to take a smarter, more strategic approach to vehicle use and design practices, according to a Deakin advanced manufacturing expert working on the next generation of electric cars and buses.

Professor Bernard Rolfe, from the Deakin School of Engineering, said the world was undergoing a major shift in not just the electrification of cars and other vehicles, but in how we used transport entirely.

"Autonomous vehicles will disrupt the automotive sector, because within the next decade vehicles may be able to pick up passengers, make deliveries and earn money for their owner while the owner is busy at work," he said.

"This disruption began with ride-share companies such as Uber, and the change in use is going to require a change in the interior configurations of vehicles, with more emphasis on working spaces, and clear separations between private and public spaces.

"This means we’ll have to re-focus our design practices on new materials and manufacturing processes that can make vehicles lighter to increase electrified vehicle ranges, and enable greater flexibility for the interior of the vehicle."

Professor Rolfe leads a team recently awarded a $417,000 grant under the Federal Government’s Automotive Engineering Graduate Program. The project team is working with Australian bus bodybuilder Volgren to develop lightweight buses, and with Ford on hybrid material parts and structures for the next generation of electric vehicles.

"There's an urgent need to change our vehicle design practices, and Australia needs to develop that capability and get more strategic about the way we do things," he said.

"Electrification and automation will create new opportunities for radical changes in vehicle platforms, and it's critical that we accommodate that disruption by working on attracting Australian talent back to the automotive sector.

"We need to train and cultivate our young engineers so they have experience in designing for multiple materials and processes – these people are going to be our domestic leaders in automotive engineering and our ambassadors for change in the industry."

Professor Rolfe said some early predictions about the future of transport had been wrong, requiring industry-wide re-evaluation.

"Ten years ago, it seemed to make sense that people would want to drive smaller vehicles that were gentle on the environment, so we poured time and money into researching and developing sustainable vehicles with zero or low emissions," he said.

"Based on customer analysis, we originally concluded there was a need for small-scale cheap vehicles, particularly in countries such as India and China. But that concept didn't take off.

"What we didn't realise was that China had become so urbanised – because there are so many transport options for people with less disposable income, cars there are seen as a status symbol for the wealthy and are increasingly considered to be non-essential for everyone else. So buyers aren't looking for a small, cheap, sustainable car, they're looking for a big status symbol.

"That's not to say some people won't own cars outright in the future. There's still a place in the market for sustainable vehicles, and the rise of Tesla shows that many people with enough money will choose top-of-the-range sustainable vehicles, but the next major shift in vehicles will be a result of autonomous cars because investing in owning one will be more financially viable." 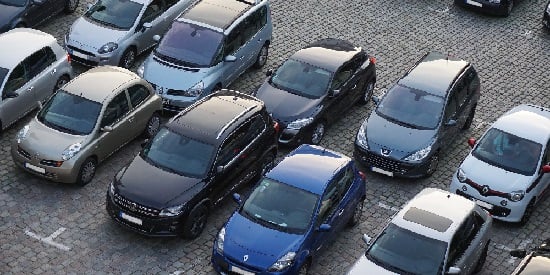