Deakin University academics will investigate the impact of controversial gender quotas imposed on leadership ranks within Victorian sports organisations under a new study.

Deakin's Women in Sport and Exercise (WISE) hub, which sits within the university's Centre for Sport Research, has been awarded a Change Our Game grant by the Victorian Government to examine the ramifications of its Balancing the Boards policy, which it introduced in 2019.

Change Our Game grants of up to $25,000 are awarded to education institutions to fund research aimed at breaking down barriers faced by women and girls in sport.

The State Government's Balancing the Boards Policy mandates all government and Sport and Recreation Victoria-funded organisations had to meet a 40 per cent threshold of women in board positions by mid-2019 to continue receiving funding.

Project lead Professor Pamm Phillips of Deakin's Business School said the government's mandate resulted in a dramatic rise in the number of women in leadership roles in state sport organisations.

But she said it was unclear what impact it had on the day-to-day operations of these organisations, including how boardroom conversations were conducted, and the decisions that were made.

"For a long time, sport organisations were run by men for men. Women's input was not actively sought by predominantly male leadership teams, and little to no thought was paid to the impact their decisions had on women," Professor Phillips said.

"We know that gender quotas are highly contentious in business and in sport. Our role is to collect evidence about their efficacy.  We hope to collect data that demonstrates that quotas work—not only in increasing the number of women in leadership roles, but also in enhancing the functioning of leadership teams.

"Conversely, if we find evidence that the quotas are not working, we will determine why that is so that we can make recommendations for alternative ways to enhance women's voices in boardrooms."

The Deakin study will also seek to find out what strategies were employed by state sport organisations to achieve increased representation of women in board positions. It will do this through interviews with male and female board members, including male board members who already occupied leadership roles prior to the government’s mandate.

It will also analyse differences in board culture, the mix of diversity and skills, opinion exchange and power structures, board succession planning, decision making, strategic planning, and policy and regulation since more women joined the ranks of sport leadership teams.

A report on the research findings will be prepared and submitted to the government by the end of the year. 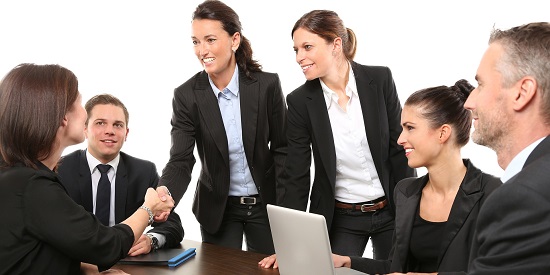