A nationwide Deakin University survey of health and wellbeing in Australia's fishing industry has found fishers are enduring levels of psychological distress almost double that of the general population.

Lead researcher Dr Tanya King, an anthropologist within Deakin's School of Humanities and Social Sciences, said the results of the study were confronting.

"The results show levels of 'high' and 'very high' psychological distress among fishers that are higher than would be reasonably expected in a random sample - the levels are almost double those reported by the general public," Dr King said.

Close to 1000 registered commercial fishers from around the country responded to the 13-page survey, demonstrating a 19 per cent rate of depression among industry workers compared to the estimated national diagnosis of 10 per cent.

"As worrying as this data is, it isn't surprising," Dr King said.

"For many years those working in the fishing industry have shared their stories of depression, anxiety, substance abuse and suicide but we've never had the statistical data with which to support the overwhelming anecdotal evidence - until now."

Dr King said 39 per cent reported they had been dissuaded from addressing their physical and mental health problems because they felt their GP didn't understand the pressures of the fishing industry.

She said many respondents also felt their work was "culturally undervalued" or misunderstood.

"Despite the industry contributing more than $3 billion to the national economy each year and supplying more than one billion serves of seafood, Australians don't culturally value fishers like we venerate farmers," Dr King said.

"While there have been some fantastic awareness campaigns and health outcome successes in relation to mental health among rural and regional Australians, and particularly Aussie farmers, the men and women who catch our local seafood have tended to go under the radar."

"Sustainable Farm Families has been enormously successful, assisting more than 2300 farm families across the country, but one of the areas we haven't engaged with is fishing families," Professor Brumby said.

"We have adapted the program for fishers and it has certainly proven popular - we delivered our first workshop in the Bellarine earlier this year, with another workshop and pilot program launching over the coming weeks."

Dr King said the health of Australia's fisheries themselves often came first, rather than the value of the people within the industry.

"It is vital that we not only understand the concerns of commercial fishers but also develop some resources that can help support fishing families and communities when times are tough," she said.

"Without healthy, happy and resilient professional fishers, we can't have a healthy and economically viable industry, and we can't access Australia's incredible seafood resources."

The study was supported by funding from the Fisheries Research and Development Corporation on behalf of the Australian Government. 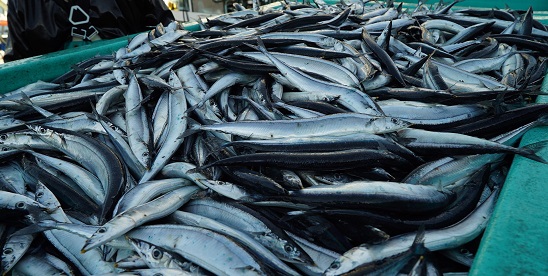 If you or anyone you know is dealing with thoughts of suicide or psychological distress, 24/7 crisis counselling services are available. Call Lifeline on 13 11 14 or beyondblue on 1300 22 4636, or visit www.lifeline.org.au or www.beyondblue.org.au

Students look to enrich their studies with international scholarship

The Victorian Government should consider changing its policies rather than building more jails to turn around that states crime rates and prison overcrowding, according to a Deakin University criminology expert.