A world-first study from Deakin University's Centre for Sport Research has ranked positions in elite netball according to required playing intensity, with some surprising results.

While centre court players can claim the crown when it comes to physical exertion, goal based players are working a lot harder than previously thought.

Dr Dwyer said this was something that hadn't been properly picked up by the rudimentary approach sports scientists had used in the past, and the new research could be used to help prepare specific positions for the required intensity of match-day.

"Deakin is passionate about helping women achieve the best results possible, in whatever they choose to do in life, including in sport, so we are particularly proud of this new research which may help ensure better team and individual performance," Dr Dwyer said.

"Previous studies had estimated goal based positions carried just over a half of the load of the centre player, but our data, which we believe is much more accurate, shows this figure is more like 75 per cent.

"These players have to be very fit and also very powerful."

Accelerometers were attached to a special pouch at players' waists and tracked their movements - up and down, side to side, and backwards and forwards - across all their games and one training session per week.

In another surprising result, the research found no difference in playing intensity in matches that were closely fought compared to larger margins, or in matches played in Australia compared to those where players had to travel to New Zealand.

"These were two areas players were particularly interested in as they had the perception that they worked a lot harder in close matches, and felt more fatigued when they played games across the Tasman," Dr Dwyer said.

"But our data showed there was no noticeable difference in average intensity levels across the team throughout the season, each match the results were much the same.

"So instead we can probably attribute that fatigue in New Zealand to other factors like a slight shift in body clock, close to 100 per cent of the crowd against the visiting team, and the burden of travel."

The research paper, "Player Load in Elite Netball: Match, Training, and Positional Comparisons", was published in the journal International Journal of Sports Physiology and Performance. The work was supported by the Victorian Institute of Sport and honours students at Deakin's School of Exercise and Nutrition Sciences. 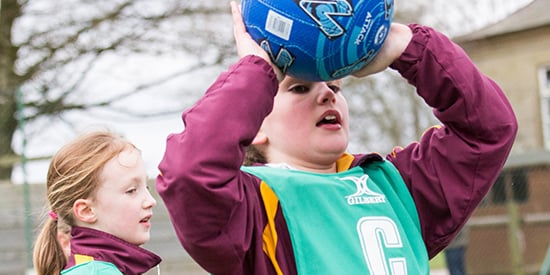