A pair of researchers from Deakin's Institute for Frontier Materials has found a way to extract silicon from discarded solar panels and repurpose it into nano-silicon for batteries, solving the biggest problem that's preventing photovoltaic cells from being recycled.

Material scientists Dr Md Mokhlesur Rahman and Prof Ying (Ian) Chen pioneered the investigation to recover silicon from waste solar panels and then nano-size it, ready for use in lithium-ion batteries. They say this is key to repurposing discarded solar cells and will prevent high-value waste from going to landfill.

"Although silicon semiconductors make up a relatively small part of solar panel cells, the material's value is extremely high. Scientists have been looking for ways to repurpose the silicon for some time and we believe this to be the missing piece of the puzzle," Dr Rahman said.

According to the researchers, the average service life of a solar panel is between 15 to 25 years. Modelling shows that, without a silicon recycling process, by 2050 there will be around one point five million tonnes of solar panel waste in landfill - the equivalent of around 100,000 small cars.

The bulk of a solar panel is made up of glass, metal and plastic materials while, crucially, a small part is made from silicon.

"Silicon cells are the most important component of a solar panel, transferring the sun's energy into electrons.  They're also a high-value material being a chemical element and far too precious to end up as waste, which is why this finding is significant," Professor Chen said.

"We can't claim solar panels to be recyclable, in a circular economy sense, until scientists find a way to harvest and repurpose their most valuable components."

Repurposed silicon can make high-energy anodes, the transporters moving electrons around inside a battery, with many automotive companies and battery manufacturers stockpiling the material for future use as the global appetite for advanced lithium-ion batteries increases.

"Surprisingly, the recovered silicon seems to work the same way as commercial silicon does. Our preliminary investigation validates the concept of disassembling silicon-based photovoltaic panels, and repurposing the existing silicon into nano-silicon for the battery industry, creating huge potential as an alternative source for the sector, Dr Rahman said.

"First, being such an exceptionally high value commodity with widespread applications we do not want any of this precious product wasted. Battery grade nano-silicon is highly expensive and retails for more than $44,000 per kilogram.

"Second, with the automotive industry set to be battery driven in the future, the push to find ways to increase battery capacity is growing. Part of the silicon repurposing process is to nano-size the battery grade silicon, leaving a nano-silicon which can store about 10 times more energy in the same space.

"It's the holy-grail of repurposing - to take a product that would otherwise be waste, recycle it, and in the process make it even more valuable at the other end." 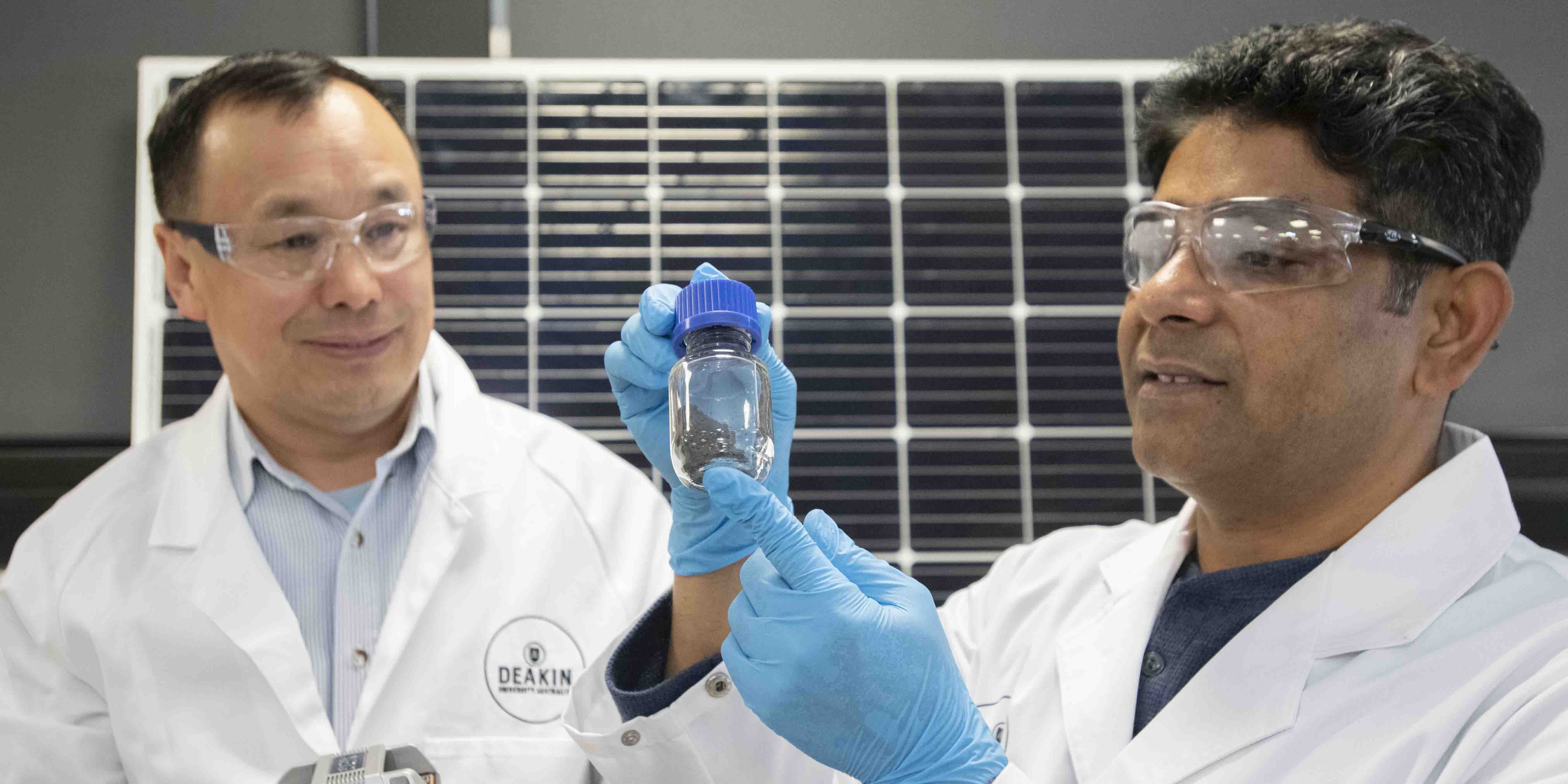