Deakin University scientists have developed a cost-effective way to address the worldwide shortage of fine aggregate used in concrete, while also eliminating the need to dump millions of tonnes of contaminated soil into landfill.

Constructions sites worldwide are removing tonnes of per-and poly-fluoroalkyl (PFAS) contaminated soil and sending it to landfill. Landfilling is expensive and, as seen in Melbourne with its problems getting rid of PFAS-contaminated soil from the West Gate Tunnel and Rail Tunnel projects, raises concerns around long term health and environmental exposure by PFAS.

PFAS compounds, produced in large quantities by various industries worldwide, for example in firefighting foaming agents and manufacture of carpets, are now present in soil, air, surface water, groundwater and in some places, drinking water. Currently, thermal destruction treatment is the only way to completely decontaminate PFAS polluted soil, which effectively ruins the soil and makes it unsuitable for growing crops. Soils decontaminated in this way can only go into landfill or be used as road-fill.

Associate Professor Will Gates, a researcher with Deakin’s Institute for Frontier Materials, has led an Australian Research Council supported study that found a novel way of turning decontaminated soil, heat-treated to destroy PFAS, into an alternative for fine aggregate in concrete.

He said disposing of contaminated soils in landfill cannot be justified as a solution to dealing with PFAS contamination because it neglects viable options for PFAS destruction and also re-use of the reclaimed soil.

"Our study has shown that the millions of tonnes of PFAS contaminated soil currently being disposed in increasingly limited landfill at a relatively high cost and potentially posing long-term environmental and health concerns, could instead be re-used in concrete, after heat treatment to destroy PFAS, for major projects such as the North East Link and the Rail Link planned for Melbourne over coming decades. Even sound barriers on our roads," Associate Professor Gates said.

"This is a win-win for governments and the construction industry as well as the environment."

The researchers worked with The Remediation Group and Victoria-based Renex Op Co Pty Ltd, the only waste management company in Australia currently licensed by the Environment Protection Agency to heat-treat PFAS-contaminated soils.

They found the contaminated soils, when pyrolytically heated to 600 degrees Celsius to vaporise the PFAS compounds with the PFAS-laden vapours and then combusted at 1200 degrees, were a viable replacement for fine aggregate in concrete – for which there is a worldwide shortage.

The heat-treated and decontaminated soils have been tested against traditional aggregates in concrete. They have been found to have equivalent hardened and structural integrity properties to reference concrete – following VicRoads, Australian and international standards.

Concrete is the most widely manufactured material on the planet, and the cement and concrete industry emits about 5-8% of the total global CO2 output.

"Though the concrete industry globally has made steps to reduce its carbon footprint where it can, the re-use of treated PFAS decontaminated soil would contribute to further reducing that footprint, rather than it going untreated to landfill," Associate Professor Gates said.

Associate Professor Gates and his colleagues are now looking to conduct large scale testing of the long-term durability of concrete using these heat-treated soil as fine aggregates. 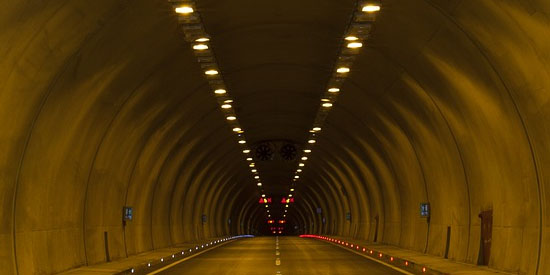