Dr Gill was an internationally acclaimed scientist and incredibly prolific researcher, whose wealth of scientific papers were published between 1938 and 1985 covering a broad range of topics including sea level change, palaeontology, vulcanology, ancient temperature calculations, coastal geomorphology, sedimentology, weathering and erosion, and Aboriginal prehistory and archaeology.

"The notebooks are an amazing testament to Dr Gill's discipline when it came to recording his observations," Dr Sherwood said.

"They constitute a valuable resource and have already been accessed by honours and postgraduate students and other researchers.

"The Gill photographs and slides also have historical value as a record of sites now no longer accessible or coastlines which have undergone significant change over time."

Dr Sherwood said Dr Gill had a profound influence in the scientific community, including his years of service as secretary, treasurer and finally president of the Royal Society of Victoria - the state's oldest independent scientific learned society.

The Edmund Gill Collection is available to access online here. 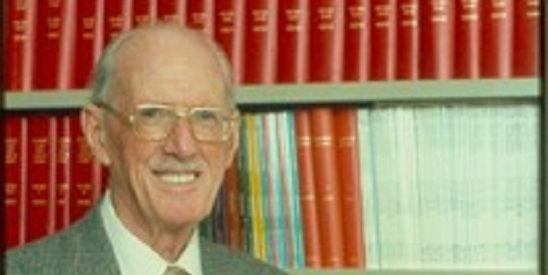