Deakin University students hailing from four different countries will go head-to-head in the hunt for gold at this year’s Commonwealth Games.

Fifteen students and four Deakin alumni will represent Australia, England, Jamaica, and Singapore in events ranging from cycling and boxing to swimming and netball when the games kick off in Birmingham, England, later this week.

Deakin Sport Network Director Professor David Shilbury said, "it was a thrill to watch current and former students compete on the world stage".

As the world's number one university for Sport and Exercise Science, and with its enviable Elite Athlete Program, Professor Shilbury said Deakin was well-equipped to give students the best possible footing to launch their sport and professional careers.

"Deakin has a proud history of welcoming students from across the globe to study under some of the best sport subject academics in their field," Professor Shilbury said.

"Students benefit from access to top-notch training facilities at the university's elite sports precinct in Waurn Ponds, and Deakin's Elite Athlete Program is designed to help them balance the demands of their sport and study commitments."

Students Jo Harten (representing England), Shimona Nelson (Jamaica), and Thiruben S/O Thana Rajan (Singapore), will compete in netball and athletics at the Games, to be held from July 28 to August 8.

Professor Shilbury said the students, who juggle their elite training commitments with studies in courses including sport management and psychology, embodied the values of hard work and an intense desire to succeed.

"It is an honour to represent your country at the Commonwealth Games and we at Deakin wish all our current and former students the best of luck in their competitions," Professor Shilbury said.

"We also look forward to Australia's opportunity to host the Commonwealth Games here in Victoria in 2026. This, along with a host of other major global sporting events set to take place on home turf in the next decade, including the 2032 Olympic and Paralympic Games in Queensland, will give students further opportunities to compete against the world's best as well as generate over 130,000 jobs for our graduates to pursue."

This included freestyle skier Jakara Anthony who brought home the gold at the Beijing Winter Olympics earlier this year.

"Competing at the highest level comes naturally to Deakin students, who are primed to meet the competition head on. We're excited to see what our students and alumni achieve at the Birmingham Commonwealth Games and look forward to welcoming them home when the competition ends," Mr Duke said.

Other current and former Deakin students to compete at the Birmingham 2022 Commonwealth Games include: 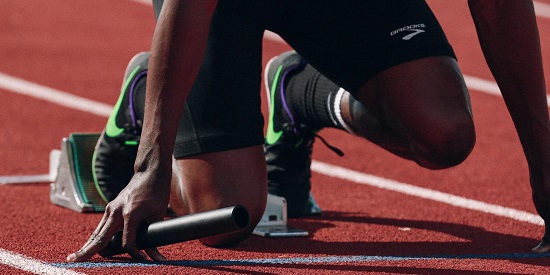