A new study by Deakin researchers has found the temporary graduate visa program helps attract international students to Australia and gives them the benefit of extra time here once they've completed their studies but doesn’t always fulfil the promise of work in their chosen profession.

The research found that access to the 485 visas is an important consideration when international students decide to study in Australia, but the scope and intention of the visas are often poorly understood by employers, and urgent improvements are needed.

Lead researcher, Associate Professor Ly Tran from Deakin University's School of Education, said while the majority of international graduates on 485 visas find work (89 per cent for past visa holders and 79 per cent of current visa holders)  they are not necessarily working in their chosen profession or area of study.

"Up to 56 per cent of current visa holders either work outside their field of study (35 per cent) or are unemployed (21 per cent), which poses a risk of under-employment, financial stress and vulnerability for this group," Associate Professor Tran said.

"We found employers are often reluctant to employ international graduates on a 485 visa especially if they also have a candidate with permanent residency."

The 485 visa offers international students who have recently graduated from an Australian university the right to work for two, three or four years in Australia, depending on the type of degree they have completed.

By June 2019, the Federal Government had granted 91,776 of these visas to international graduates.

"Significantly, 76 per cent of the visa holders we surveyed said access to the temporary graduate visa was an important factor in their decision to study in Australia," Associate Professor Tran said.

"For international graduates, the visa offers the chance to gain valuable international work experience as well as the chance to pay off study loans, develop their social and professional networks, improve their English proficiency and potentially secure permanent residency.

"Our research found that many international students don't fully understand the visa either. They see it as a pathway to permanent residency without realising how difficult it can be to fulfil the eligibility requirements for permanent residency.

"Despite the risk of under-employment or de-skilling, many of those who work outside their field of study still see the many other positive benefits in this visa," Associate Professor Tran said.

Other findings of the study include:

Associated Professor Tran said the report identified the need for greater guidance and support systems for international students applying for these visas.

"Universities are not allowed to provide advice on 485 visa applications or migrations issues and this leaves international students vulnerable to some migration agents who charge high fees and often provide poor advice that may not be in the student's best professional interests," Associate Professor Tran said.

"Australia has some of the most progressive arrangements in terms of international graduate working rights but there are some areas where this visa program could be improved.

"There is a critical need to work with local businesses and employers to build an understanding of 485 visas and the status and potential of international graduates on 485 visas.

"The Federal Government should introduce regulation that permits the renewal or extension of the temporary graduate visa for an extra one or two years based on criteria related to: (1) job status (for those who are in full-time employment in their field of study for at least six months) and (2) level of income," Associate Professor Tran said. 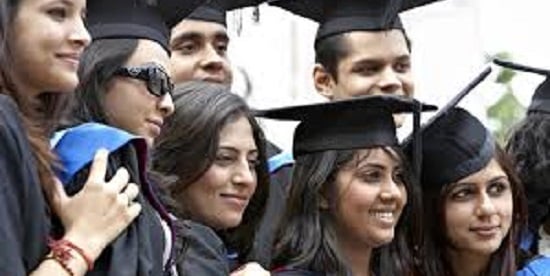 Deakins iconic Waterfront campus will welcome and host the ABC for a month-long radio in residency in October.

Inspiring students to choose maths and science subjects throughout their schooling will be one of the key themes discussed at Deakin University's first STEM Education Conference to be held at the Geelong Waurn Ponds campus from 5 - 7 October.

Call to action for girls in STEM: Deakin report

The number of girls taking part in science, technology, engineering and mathematics (STEM) subjects has been declining at an alarming rate and has caused Australia to fall behind compared with other developed countries, a new study has found.