Consumers will lie, cheat and steal to punish brands they believe to be harmful, even if they are not personally affected, a Deakin University study has found.

Deakin Business School marketing lecturer Dr Jeffrey Rotman worked with colleagues at Western University (Canada) and Washington State University (USA) to examine the inclination of consumers to act unethically towards a brand that they perceived to be harmful.

They found that consumers were prepared to behave in unethical and even illegal ways, such as lying, stealing, or fraud, to punish brands and would feel that their actions were justified.

“There is a growing distrust among the public of certain ways businesses behave,” Dr Rotman said.

“Whether it be their impact on the environment, on people’s health and wellbeing, or even the perception of unfair policies, people can perceive these brands as being harmful.

“This study found a willingness among the study participants to risk their own integrity if they believed a company was harmful, and this desire to punish the company happened even when they had not been directly affected.

“We also found that people believed that an unethical company deserved to be punished, and therefore felt their own unethical actions were justified.”

For the study, the researchers provided participants with three scenarios that challenged their perception of company behaviour, what, if anything, they were prepared to do to punish companies perceived to be harmful and how they felt about their actions.

“For example, when told of a pharmaceutical company making a business decision to increase drug prices to make the company more profitable, participants who believed the company was harmful were more likely to punish the brand by unethical means,” Dr Rotman said.

“This suggests that the mere presence of a business decision that puts consumers at risk may colour a brand as harmful and expose it to unethical means of punishment by consumers.”

In another scenario participants were told a report had found that on average internet speeds were consistently below those advertised due to ISPs capping speeds at 20 per cent lower.

“One group was told that their speeds had met those advertised however they were encouraged to lie about their situation and sign the letter anyway because of the overall findings,” Dr Rotman said.

“Here we found that those who did not have a problem with their internet yet signed the letter felt morally justified in doing so because the company was cheating customers.”

Dr Rotman said the results of show that businesses can’t afford to implement business practices or policies without considering how consumers would view the changes.

“We have shown that highly harmful brands may be perceived as deserving punishment and subsequently consumers may seek ways to denigrate and defraud them,” he said.

“Understanding the importance of perceived harmfulness has potential to offer insights into how consumers are likely to perceive and interact with their brands.

“At a minimum, brands should be aware of their current level of harmfulness and mindful not to implement business practices or be too quick to address concerns regarding policies that consumers may perceive as harmful.”

The study, “Lie, Cheat and Steal: How harmful brands motivate consumers to act unethically”, is published in the Journal of Consumer Psychology. 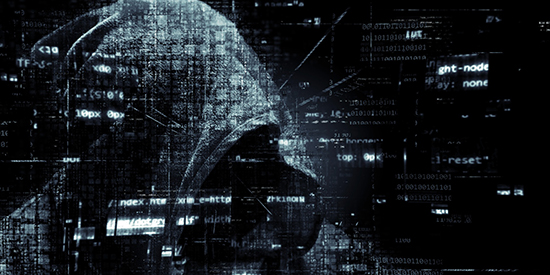