In research that reveals school lunchtimes as a highly contentious issue, researchers from Deakin University's Institute for Physical Activity and Nutrition (IPAN), and School of Exercise and Nutrition Sciences (SENS) found that parents believed children needed at least 15 minutes to finish their lunch before being allowed to go out to play.

Dr Claire Margerison from IPAN and Dr Melissa Burton from SENS said their research, recently published in Appetite, revealed that when children were given more time, parents reported they were more likely to finish what was in their lunch box.

"Our research found that some parents also believe that limiting eating times influences the types of food their children wanted to take for lunch," Dr Burton said.

"For example, with less time to eat, children are more likely to prioritise the most appealing foods in their lunch box, such as the treats, which are often nutrient poor.

"These findings not only have implications for children's health but also their ability to learn as research tells us that good nutrition is necessary to help children thrive academically," Dr Burton said.

Dr Margerison said the results also reveal mixed views about who should be responsible for encouraging healthy eating, role-modelling positive eating behaviour and who should have a say over the contents of a child's lunchbox.

"About half of the parents and teachers surveyed said only parents and children should choose what food they eat at school, while one-quarter of parents and one-third of teachers believed that schools should have a responsibility to monitor food brought from home," Dr Margerison said.

"Criticising individual children's lunchboxes was generally viewed as inappropriate among both parents and teachers."

But the study found most parents welcomed more general suggestions and feedback about foods being brought to school, for example, in the school newsletter.

"Many parents thought teachers should eat their own lunch with the children, believing this would be a good opportunity to role-model healthy eating to children," Dr Margerison said. But this suggestion wasn't supported by as many teachers.

"But what is clear is that giving children just five extra minutes to eat their lunch will be a very positive move and potentially increase their ability to focus on their learning.

"How we find that extra five minutes is what we want to look at next. Do we take it from play time or class time, or could we have an educational lunch and teach about nutrition at the same time?" 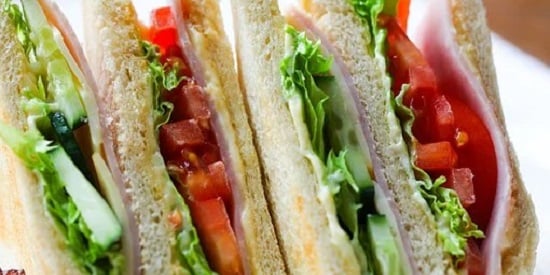 A new study looking at the types of fat people eat has shown that those who consume more so-called 'healthy fats' are less likely to put on weight than those who eat unhealthy fats, despite eating the same number of kilojoules.