Elite cricketers getting stretched at the nets: Deakin

With cricket season in full swing across Australia, a Deakin-led study that reveals the popularity of 'old school' training methods is giving representative and grassroots players and coaches some food for thought.

Even elite cricketers and their coaches are still defaulting to traditional training in the nets, despite "training like you play" being more beneficial in improving other game skills outside batting and bowling, a Deakin researcher has found.

Dr Will Vickery, a lecturer in sport coaching at Deakin's School of Exercise and Nutrition Sciences, found centre-wicket simulations in training more closely matched the physical and game-planning demands and skills of a one-day match.

In the first cricket study of its kind, Dr Vickery compared the physical and technical demands of cricket players during different training environments and match-play at a Cricket Australia training squad during their 2015 winter cricket camp.

Dr Vickery put the players through a range of tests, including regular heart rate monitoring during nets practice and games, using GPS to measure running distance in games, and tracking player skills through video.

"The closer the training environment is to match demands, the better," Dr Vickery said.

"Typically, those in the high performance sport environment have more access to various training facilities like open fields, but after speaking with some of the coaches, their bias was still towards training players in the nets.

"This study painted a scientific picture that cricket is still very much a traditional game, and because many coaches and players have grown up practising in the nets, it seems that going to the nets is their natural go-to setting, even among elite players with fantastic facilities."

Now that he has identified preference of training within the nets over field for cricket practice, Dr Vickery’s next study will identify the most effective ratios of training in the nets to playing a game during training.

Dr Vickery's study released in 2018, Comparison of the physical and technical demands of cricket players during training and match-play, is published in the Journal of Strength and Conditioning Research. 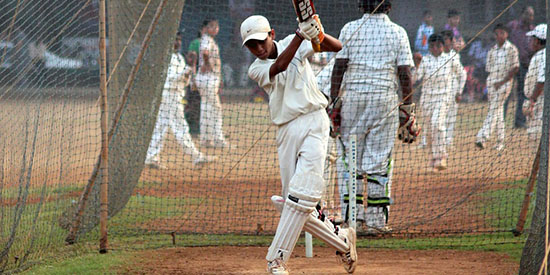 Sunshine can be a boost to company fortunes

As we bid farewell to winter and welcome spring's promise of more warm, sunny days, a Deakin University finance expert says companies may also see a boost to their bottom line.

Deakin University is drawing on the power of arts and culture in an innovative program to prevent extremism in Bangladesh.