Exercise pill could be a new treatment for heart disease

Popping a pill that makes your body think it has exercised could soon be possible thanks to the work of Deakin University medical scientists.

The scientists with Deakin Medical School’s Metabolic Research Unit (MRU) reveal today in the international journal Cell Reports that they have found a drug that has exercise-like effects on muscle and improves metabolic health.

Associate Professor Sean McGee, deputy director of the MRU, said their discovery opens up the possibility of much needed treatments for people who suffer with cardiovascular disease, particularly those with diabetes and obesity.

“Heart disease is still the biggest killer of people with diabetes and obesity, with little in the way of treatment,” Associate Professor McGee said.

“We have identified a drug that makes the body respond as if it has exercised, with all the fat burning and cardiovascular benefits, which opens up exciting possibilities for future treatments.

“What we really don’t see is this drug providing an alternative for those people who just can’t be bothered exercising.”

One of the benefits of exercise is that the body burns more lipid (fat) by turning on genes in the muscle that control fat metabolism. In the initial stages of their research, the scientists found that one specific protein keeps these genes turned off, however during exercise the genes are turned on. Through genetically manipulating that protein in mice they noticed that the muscles looked like they had been exercising and metabolism was also ramped up in the muscle.

“We then identified a drug that acted in a similar way to what the genetic modification was doing and when we introduced it to mice not only did all the genes that are normally responsive to exercise turn on, the mice ran much longer on an exercise treadmill, burned more fat, had a decline in blood lipids (fats), some of which are associated with cardiovascular disease and diabetes, and their blood glucose levels reduced as well,” Associate Professor McGee said.

The scientists are also looking at how the drug normalises the defects in the muscle metabolism in obesity and how it completely resolves all the characteristics of heart disease as well.

Associate Professor McGee said that while they saw great cardiovascular benefits with the drug, it didn’t cause any weight loss.

“The mice actually tended to eat a little bit more which isn’t really surprising because we know that exercise alone is not that effective at making you lose weight, which is more associated with dietary changes. What we do know is that the mice that received the drug over extended periods were metabolically much healthier than those not taking the drug,” he said.

The scientists are now looking to design a better drug that is more specific and potent to the one they have trialled, before moving towards human trials.

“Ultimately we hope to have a drug that is a therapeutic option for a range of purposes,” Associate Professor McGee said.

“This could be for frail people who can’t exercise but are at risk of cardiovascular disease, diabetes or metabolic disease or patients with obesity who struggle to exercise where the drug would allow them to find that initial exercise program easier to get into.” 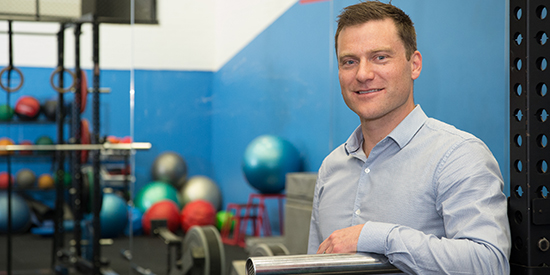