Expert calls for new approach to save Victoria's koalas

Victoria needs a new and well-resourced koala management plan to help the much-loved marsupials thrive amidst growing threats from bushfires, habitat loss, disease and other risks, says one of Australia's most respected koala experts.

Deakin University ecologist Dr Desley Whisson, from Deakin's School of Life and Environmental Sciences, said more than 65 per cent of Australia's koalas live in Victoria and South Australia, making it a critical population to conserve, given the impacts of the recent bushfires.

As an advisor on koala population control programs across Victoria for the past 13 years and having previously led the koala program on Kangaroo Island, Dr Whisson is calling for the creation of a comprehensive and transparent management plan in Victoria that provides strategies tailored to specific conditions faced by koalas in different locations.

"Koala population planning in Victoria has tended to be very reactive," Dr Whisson said. "But now we need a proactive plan to identify issues, with actions and resources that allow those issues to be dealt with strategically and cost-effectively."

In a paper published recently in Conservation Science and Practice, Dr Whisson said that southern populations of koalas (Victoria and South Australia) were becoming increasingly important for the koala's future survival, given declining numbers in NSW, the ACT and Queensland.

"In Victoria, issues with overabundance get the most attention. Where this occurs, preferred food trees may become defoliated leading to mass starvation of koalas. However, focussing on this problem has tended to take resources away from key issues of low genetic diversity, climate change impacts and habitat loss."

Dr Whisson said culling is prohibited by national policy and population management is only possible through strategic fertility control, relocations, and exclusion methods such as tree guards or koala-proof fences and revegetation.

"A comprehensive management strategy for Victorian koalas must address the diversity of issues that affect koala conservation, and improve our understanding of the ecology of the species," she said.

"An improved understanding of koala distribution, abundance and population fluctuations, current and future threats, population health and genetic diversity, and gene flow between populations is needed to inform effective conservation actions. Also essential is a process to implement and fund agreed actions after meaningful collaboration with stakeholders, and to integrate this with other land management and conservation programs." 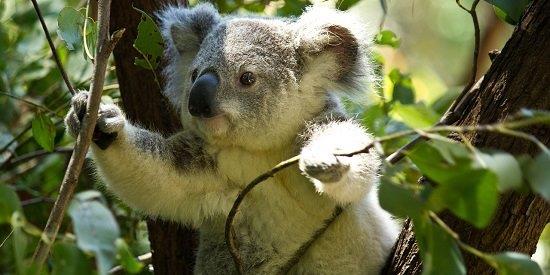