A Deakin regional journalism researcher says it’s time for online platforms such as Google and Facebook to take more responsibility for the impact they’ve had on local journalism, following recommendations of the ACCC's Digital Platforms Inquiry.

Associate Professor Kristy Hess from the School of Communication and Creative Arts has welcomed calls to regulate the social media giants, but also says there needs to be an assessment of governments’ own advertising spend on Facebook, especially in local areas.

"There’s danger in Facebook directly providing grants and support for established local news outlets, because this only reinforces Facebook as a legitimate platform in which such information should be shared, strengthening the digital monopoly that we have," Associate Professor Hess said.

"It is time we have a forensic look at what's going on in the sector, whether local newspapers still provide 'quality journalism' and ways to support their long-term future."

According to the ACCC Report, between 2008 and 2018, 106 local newspaper titles closed, leaving 21 local government areas without coverage in Australia.

"It is concerning that some local governments are being left without independent media coverage but what it highlights is the importance of working with all levels of government to develop sustainable practices and models for the future," she said.

As part of a series of recommendations, the ACCC Report suggests that funding of regional journalism should increase to $50 million – more than double what’s currently available.  Currently the Regional and Small Publishers Jobs and Innovation Package invests around $20 million into regional newspapers.

"Exactly how local media is funded and the support it has received from government during the past century, especially in terms of advertising support, needs to be explored far more deeply before we allocate further money to the sector. The Federal Government must be careful and avoid a ‘band aid’ fix," Associate Professor Hess said.

The ACCC also recommended better tax breaks to encourage more philanthropic support for news media, including at the local level.

"The recommendation of better tax breaks for philanthropists donating money to regional journalism has real merit. This has been explored in countries such as Canada to ensure the longevity of rural journalism there," Associate Professor Hess said.

Associate Professor Hess is an expert on regional journalism and is currently heading up a three year research project in partnership with Country Press Australia looking at ways to ensure the survival of regional media. The largest study of country newspapers ever to be undertaken in Australia, it’s hoped that the project will come up with sustainable models to help local news survive in the digital frontier.

"The timeliness of the project with the ACCC’s recommendations means that we have a chance to develop an innovative policy and ensure regional communities have the same standard of journalism as their metropolitan counterparts, despite the challenges of a digital era," she said. 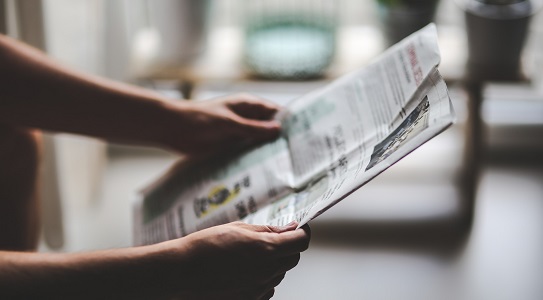