In two studies just published in the Journal of Nutrition, and Chemical Senses researchers from Deakin University’s Centre for Advanced Sensory Science showed that adding salt to a food increased the palatability and consumption of the food. Overall the study participants increased their food and energy intake by 11 per cent.

In these studies the researchers investigated the effect of fat and salt on how much people ate and how much they liked the food. The researchers also looked at the effects of fat taste sensitivity on how full people felt after their meal and if adding salt had any impact on how full they felt.

“The results of these studies could add weight to calls for the reduction of salt in foods, as adding salt increased the amount of energy people eat,” said Professor Russell Keast, Head of Deakin’s Centre for Advanced Sensory Science.

“In an environment where too much energy is causing weight gain and diabetes, lowering salt could have a positive impact on our nation’s weight.”

The researchers also found a key piece of a complex puzzle linking fat taste and the amount of salt in a food with the development of obesity.

Previous studies have shown the association between fat taste sensitivity, fatty food consumption and obesity with researchers speculating that satiety or feelings of fullness is an important factor.

“Our body has biological mechanisms to tell us when to stop eating, and fat activates those mechanisms in people who are sensitive to the taste of fat,” Professor Keast explained.

“However when salt is added to the food, those mechanisms are blunted and people end up eating more food. This can cause you to eat more fatty foods and over time, your body adapts or becomes less sensitive to fat, leading you to eat more to get the same feelings of fullness. Adding salt to high fat foods has the potential to speed up this process. High fat and high salt foods override our body’s ability to recognise when we are full and causes us to eat more energy. If we eat too much energy, we get fat. This high fat and salt combination is a toxic mix for our health.”

Professor Keast said it is vital to fund novel solutions to address the obesity problem, and while results from these two studies suggest that reducing salt levels in foods would be a solution, it is too simplistic.

“Salt is needed for palatability of food and consumers may not keep buying lower salt products.  We need to work with the food industry to find a more practical solution,” he said.

“Understanding how the taste of fat and salt interact to promote consumption is opening new doors in the fight against obesity.  We need to ensure that feelings of fullness from fatty foods are enhanced rather than diminished as they are with salt.” 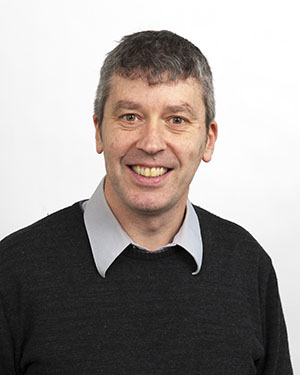