In a world-first, Deakin University scientists have sequenced the genome of a clownfish, allowing them to pinpoint the genes connected to the species' most intriguing characteristics, including its ability to change sex.

The clownfish's genomic information - gathered with the support of Monash University and the Museum and Art Gallery of the Northern Territory - was recently published in the open access journal GigaScience, making it the first coral reef fish to be sequenced by scientists from an Australian university.

Leader of the fish genomics research team and Head of Deakin's School of Life and Environmental Sciences, Professor Chris Austin said the work was a major step in furthering our knowledge of a high profile species that attracts commercial, conservation and biological interest.

"Having these new genomic resources for clownfish will greatly assist research into the biology and behaviour of this charismatic species, better pinpoint its position in the fish family tree, and contribute resources towards the sustainable management and conservation of natural populations," Professor Austin said.

Professor Austin said sequencing a genome of an animal involved reading as many of its DNA molecules as possible, obtained from the cells of one or more individuals.

"Every species has its own distinct molecular patterns to its DNA. These combine together to form a large number of genes, which are the units of inheritance passed from parents to their offspring," he said.

"Genes differ from one species to the next as a result of evolution and adaptation, and they determine the distinctive features of each species - for example their size, shape or colour - as well as how and where the animal grows, lives and reproduces."

In the case of the clownfish, the study of its genetic makeup could shed more light on its intriguing body-colour variation. A distinct black and white clownfish was found near Darwin as part of this study, which contrasts with the more typical orange and white Nemo.

"They are all born males and the dominant male of a group will turn into a female when the female of that group leaves or dies," he said.

"While we know that fish like Nemo can change sex, we don't know exactly how this happens at the genetic level. Access to DNA sequences will now give scientists the information needed to understand how a male becomes a female in far more detail."

Professor Austin said another fascinating aspect of the biology of clownfish was its 'symbiotic mutualism' with sea anemones.

"In the wild, clownfish and sea anemones are almost always found together, a mutually beneficial relationship that has mostly evolved over millions of years. So we are interested in looking at this at the genetic level.

"What's special is that anemones have very poisonous stinging tentacles used to capture prey or keep predators away, but clownfish have developed a resistance or tolerance to the anemone toxins. By living among the anemone's tentacles, the clownfish gets protection, but can also chase away butterfly fish that would eat the anemones, as well as clean up algae and help to aerate the anemone.

"There may well be a genetic basis to the Nemo's resistance to toxins, so it will be of interest to try and find genes that help protect clownfish and to see if they produce proteins with special functions."

As well as Nemo's DNA, Professor Austin and his team have recently sequenced the genome for the iconic Murray Cod, and will continue to build on their world-leading fish genetic research in a new multimillion dollar genomics laboratory established by Deakin University this year.

"Our research uses a very new approach to genomics called hybrid assembly, which combines the high accuracy of short Illumina reads (the most common approach) with a modest amount of long, but less accurate MinION Nanopore reads," Professor Austin said.

"This allows us to generate a high-quality fish genome assembly quickly and at low cost, with the potential that this approach can be applied to a number of other kinds of species." 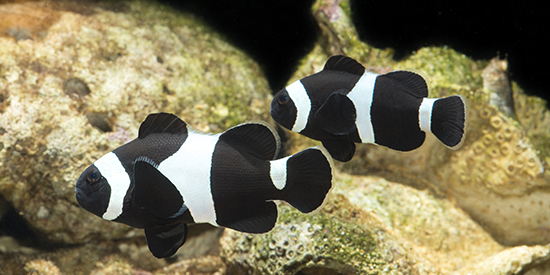 A team of Deakin researchers from the School of Life and Environmental Sciences has been awarded a prestigious Australian Museum Eureka Prize for a world-first initiative that monitors the health of Victoria's coastline.

On Wednesday 4 May the Hon Dan Tehan MP, Minister for Trade, Tourism and Investment and Member for Wannon will visit the Warrnambool Campus to tour the University's nation-leading hydrography training ground.

Biobanking and assisted reproduction could become a reality for Australia's much-loved koalas by leveraging the existing technology used to help humans conceive.