In a paper published in the University of New South Wales Law Journal, the authors reveal ethically problematic flaws in the legislation, such as the ambiguity around the definition of mental disturbance and fertility clinic doctors certifying that IVF would alleviate such a condition.

"People are increasingly turning to the early release of their superannuation to fund assisted reproductive technology (ART) such as IVF," Dr Bhatia said.

"While we do not advocate a blanket ban on early release, we do find that the law on compassionate grounds of 'mental disturbance' is ripe for reform."

People seeking access to IVF treatment from fertility clinics are accessing their superannuation early claiming that their infertility or need for fertility treatment is causing an acute or chronic mental disturbance that can only be alleviated by accessing IVF or other fertility treatment. In addition to the application, they must submit two medical practitioner reports certifying the necessity for the treatment.

"There is currently no requirement that either of the two certifying medical practitioners must be a specialist in mental health, such as psychiatry," Dr Bhatia explained.

"We strongly recommend that one of the certifying medical practitioners should have clinical expertise in mental health such as psychiatry."

The research also highlighted the lack of definition of ‘mental disturbance’ in the superannuation legislation, with the term itself not aligning with certified diagnostic tools.

"Leaving the term open for interpretation could mean someone seeking early access to superannuation might have an ‘acute or chronic mental disturbance’ (such as severe depression) or may not have any mental health condition at all," Ms Porceddu said.

"Arguably, the language needs to change from 'mental disturbance' to 'mental illness' or 'behavioural disorder'.

"This language is well understood by psychiatrists and psychologists and has prescriptive diagnostic criteria providing greater clarity and consistency.”

Among the ethical red flags revealed by the research were the third-party intermediaries that advertise their services on fertility clinic websites and fertility clinics offering to help people access their superannuation early for IVF.

"When the treatment is already (in some cases, prohibitively) expensive, when the withdrawal of the superannuation funds comes at a cost beyond the dollar amount withdrawn, and when a person’s mental health is already paying a price, is it ethical for a company to have built a business model with the sole aim of taking a cut of the sought-after superannuation funds?

"Further, is it ethically and morally just that such companies’ business models are predicated on people having to claim that they have an ‘acute or chronic mental disturbance’ to gain early access to their superannuation to try and start or continue to build a family, and commence fertility treatment?"

For some, withdrawing their superannuation funds is their only option to start or build their family.

In the paper the authors assert that "in such circumstances, there should be better protections in place, so the interests of those individuals and couples are not compromised by the financial motivations of fertility treatment providers - whether perceived or actual."

"It is time for regulators and lawmakers to make appropriate changes that might go some way in providing better retirement security, fairer provision of treatment and greater faith in the fertility industry and its practitioners."

‘Emptying the nest egg to fill the nursery: Early release of superannuation to fund assisted reproductive technology’ is published in the 44 (2) issue of the University of New South Wales Law Journal. 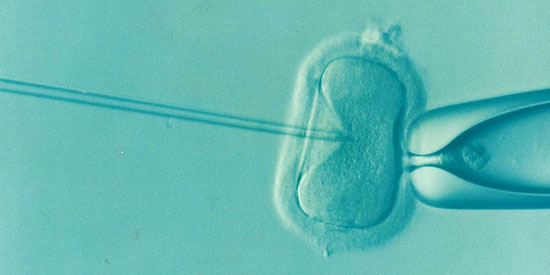