A new Deakin study has revealed the extent of drift from organised religion among Australian Generation Z youths.

The Australian Generation Z Study (AGZ Study) found the majority of teens in Australia (52 per cent) do not identify with a religion, while little more than a third (37 per cent) believe in God.

Associate Professor Singleton said the AGZ Study provided a powerful insight into how Australian teenagers were making sense of the world around them.

"Younger Australians – teenagers especially – are at the forefront of religious change in this country," he said.

"For the most part, they don't believe or belong in the same ways as members of older generations, and the majority of them don't see themselves as belonging to a religious tradition or organisation."

The AGZ Study found a large majority of teens (58 per cent) never attend services of worship.

"Churches used to bank on Christmas as being the main time when people would feel obligated to come along, but that tradition is in grave danger, especially in traditional denominations like the Anglican, Uniting and Catholic churches," Associate Professor Singleton said.

"Teens are less likely than ever before to be familiar with that Christmas tradition, though this drift from the church doesn't mean teens are becoming a generation of atheists, or rejecting spirituality.

"Certainly, belief in God is declining among members of the younger generations, but a lot still believe in a higher being or life force, or are just unsure."

The AGZ Study found certain spiritual ideas drawn from Asian religious traditions were very popular among teens, with 50 per cent of teens believing in karma, while about a third (29 per cent) believe in reincarnation.

"Most of those teens don't identify as Buddhists or Hindus, but their interest in those beliefs is evidence of a changing spiritual landscape among teens," Associate Professor Singleton said.

"The idea of karma has become a kind of semi-mystical shorthand for 'what goes around, comes around' in this life."

Australians aged 13 to 18 are also open to other spiritual ideas, believing in ghosts (31 per cent), communicating with the dead (25 per cent), astrology (20 per cent) and UFOs (20 per cent).

The AGZ Study comprised of 11 focus groups in three states with students in Years 9 and 10 (ages 15 to 16), as well as a nationally representative phone survey of 1200 people aged 13 to 18, and 30 in-depth follow-up interviews with survey participants.

"Teens live in a diverse, complicated world, and not that many are willing to shut the door completely on non-material possibilities," Associate Professor Singleton said.

"Just don't expect them to be loyal to older ways of doing things."

The AGZ Study project is funded by the Australian Research Council. A book and further publications from the research will be released later this year. 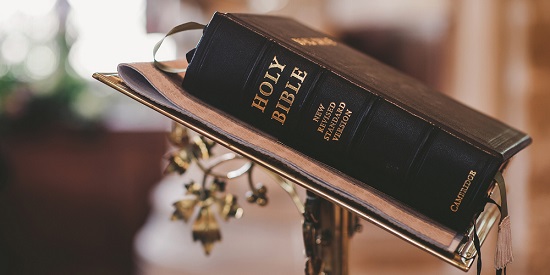 Deakin University would like to speak to people in rural and regional areas who have an experience of IVF and other assisted reproductive technologies for a new study looking to improve treatment access throughout Australia.