A study led by Deakin University in collaboration with The University of Queensland (UQ), Curtin University and others, published today in a Special Section of the Drug and Alcohol Review, shows significant reductions in alcohol-related harm in the three years following the 2016 introduction of trading hour restrictions, and two years after the introduction of ID scanners – the two main levers expected to have the greatest impact.

In 15 key nightlife precincts or Safe Night Precincts (SNPs) – such as Fortitude Valley, the Gold Coast and Cairns - serious assaults reduced between 3am and 6am, with a two-hour reduction in alcohol sales times and when ID scanners were implemented.

Lead investigator Professor Peter Miller from Deakin's School of Psychology said the most pronounced effect was in Fortitude Valley, which accounts for a large proportion of the nightlife-related population and harm in Queensland.

"The substantial reduction in serious assaults, the most reliable measure of assault, suggests a positive and ongoing impact from the TAFV legislation," Professor Miller said.

The study also found significant reductions in ambulance attendances, including a 36 per cent drop between 3am and 6am in Fortitude Valley. Smaller changes were seen in Surfers Paradise and some SNPs showed no change.

Professor Miller said the data showed the continued benefits of modest regulation of trading hours and monitoring in the night-time economy.

"Importantly, there was little evidence that the restrictions negatively affected the pre-COVID night-time economy, especially once the government made changes to scanning practices following the 2-year report," Professor Miller said.

The results mirror research by the Lord Mayors' Council of Australia, which reported that Queensland had the country's third largest core night-time economy across all key metrics, and it was growing faster than in Victoria and New South Wales.

Study co-investigator Associate Professor Jason Ferris from UQ said the results showed the number of live music venues and performances in Fortitude Valley were unaffected by the TAFV Policy.

'These findings will continue to inform policy across the country," Associate Professor Livingston said.

The Queensland Government has adopted many of the recommendations in the two-year report, noting that changes to patron-banning legislation may provide further benefit but will require further evaluation to assess longer-term impact. 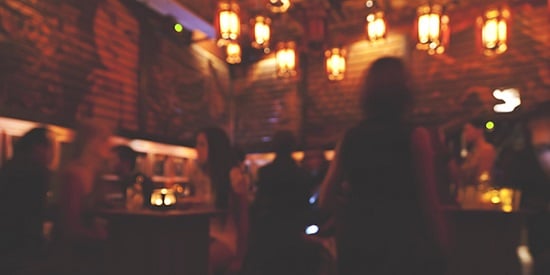 Australian supermarkets have been 'red-flagged' for unhealthy food promotion in a newly launched national food dashboard designed to track the key driver of high obesity rates in Australia.

Deakin University wants to increase the number of doctors living and working in rural and regional communities by establishing a new rural training program that targets students with genuine rural connections.