Changes to banking structures have led to the exclusion of many Indigenous people from access to financial services, a Deakin Business School study has revealed.

The study by Deakin Business School financial economics researcher Michael D’Rosario shows reduction to the number of bank branches and services in rural areas has left many Indigenous communities without access to the banking facilities most Australians take for granted.

“Australia’s Indigenous peoples are among the most under-banked of any indigenous population in the world,” Mr D’Rosario said.

“While the Banking Royal Commission continues to reveal wide-ranging instances of customer service that can only be described as deeply disappointing, our Indigenous communities are struggling to get any service at all.

“The lack of access to banking sector guidance and general financial support puts them at an inherent disadvantage to all others, with generations having little to no experience of a bank.

“Imagine not being able to access banking branch service support, or utilise payment services provided by banks. This puts people at an inherent disadvantage as they cannot develop credit histories and use borrowing services in times of need or to purchase property, these services are things that most of us take for granted.”

“The younger generation are also not able to benefit from observed practices in relation to banking usage,” Mr D’Rosario said

He said that while some banks had made efforts to respond to the financial exclusion of Indigenous peoples, most had stopped short of re-engineering their service delivery models to make them truly accessible to Indigenous communities.

“I applaud banks for increasing their participation in co-financing arrangements with Indigenous Business Australia, but Indigenous Australians still face major challenges in securing loan finance due to challenges associated with access exclusion, cultural exclusion, and a lack of familiarity with banking service providers,” he said.

“The onus is on Australian banks to more appropriately deliver services to indigenous communities. While there may not be the same opportunity to generate substantial profit, there is a moral imperative to deliver adequate services to all communities.”

Mr D’Roasrio said Australian banks could take the lead of countries such as Kenya and the Philippines, which had introduced m-banking models using mobile technologies and community telecentres to address financial exclusion within remote indigenous communities.

He said M-PESA was introduced in Kenya in 2007, providing millions of people with access to financial systems previously unavailable to them. M-PESA is a branchless service using mobile phone-based money transfer, financing and microfinancing services. Deposits and withdrawals can be made through a network of agents.

“There is promise in the idea of an M-PESA style m-banking model within Australia,” Mr D’Rosario said.

“The essential infrastructure for such a model already exists in Australia and the high rates of mobile phone usage in Indigenous communities suggests a level of acceptance of mobile technology.

“It would be beneficial for Australian banks to work more closely with Indigenous Business Australia to support more co-financing arrangements and to develop additional community specific products.

“While there would still be work needed to address the other challenges associated with indigenous financial exclusion such as cultural barriers, marketing and price, m-banking worth exploring.” 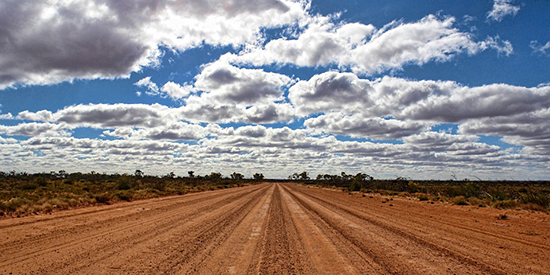