New Deakin research has called on the Australian Government to put pill testing at festivals, clubs and raves on the policy agenda to reduce overdoses and deaths caused by party drugs.

Pill testing must be standard practice within these social spaces if deaths are to be prevented, with the current zero tolerance approach only exacerbating the problem, the Deakin review has found.

School of Humanities and Social Sciences researcher Dr Andrew Groves conducted the independent review of Australia's National Drug Strategy to determine the suitability of pill testing, and is now calling on policy makers to accept the growing evidence that hardline approaches to illicit drug use are not effective.

Dr Groves, who specialises in research on alcohol and other drug use and its relationship with drug policy, highlighted the success of pill testing in other countries as part of the results of his study, which has now been published in the latest issue of Harm Reduction Journal.

"In Portugal, pill testing was implemented alongside comprehensive policy changes that saw drug use as a public health issue rather than criminal issue and included the decriminalisation of personal drug possession," he said.

"One of the most notable results of the policy shift was a reduction in problematic drug use and related harms."

Dr Groves' analysis also revealed pill testing can lead to better drug monitoring and a more thorough understanding of patterns of consumption and the characteristics of users compared with other forms of testing such as waste-water analysis.

"On-site testing has the capacity to act as an early warning system to identify the emergence of new drugs more quickly than retrospective analysis such as waste-water testing," he said.

The call for action comes as questions remain unanswered regarding a potential pill testing trial slated for the Canberra leg of the Groovin' the Moo music festival later this month, with organisers unable to confirm if the trial will be allowed to go ahead.

"It's time for the drug debate to be about harm minimisation rather than criminality," Dr Groves said.

"The primary message of this research is that the recent fatal overdoses and near misses observed in Australia could have been avoided through more pragmatic and amoral drug policy and practice.

"We need to be more realistic about reducing the harms associated with illicit drugs and build on what we already know."

"Promoting abstinence is a goal that displays ignorance of reality, given the current patterns of use among young people in particular," he said.

"More than 2.2 million Australians have used ecstasy, and more than 1.3 million have used methamphetamines in their lifetime, according to the most recent National Drug Strategy Household Survey.

"Up to 70 per cent of this use occurs within clubs, dance-parties and music festivals, showing zero-tolerance messages are unrealistic and disregard contemporary patterns of youth drug use.

"In contrast, pill testing offers an alternative message and highlights how drug use is dangerous. Informing users about what they’re taking and the risks demonstrates social responsibility for this marginalised group, and it shows young people that we believe they have the capacity for rational decision-making."

Dr Groves said he was not arguing that pill testing was a silver bullet, but one tool in a suite of solutions that should be on the national agenda.

"The benefits of pill testing are clear – international trials have shown it can positively affect users' behaviour, as well as reduce problematic use, related harms and the burden on justice and healthcare systems.

"What's more, users are happy to receive this information – those who have had their drugs tested indicate that information about quality and purity would influence their decisions, and if presented with a negative result the majority of users won't consume their drugs and will also warn friends against consumption."

Dr Groves' full findings "'Worth the test?' Pragmatism, pill testing and drug policy in Australia" have now been published in Harm Reduction Journal. 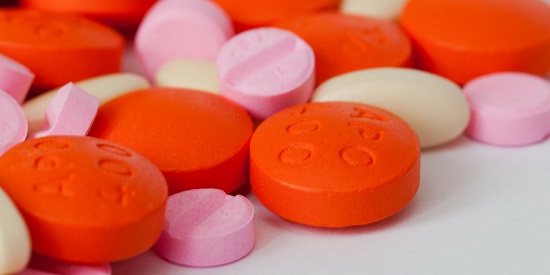