Job stress increases chance of men taking their own lives

A Deakin University study has found that job stress is associated with increased suicide among men, but not women.

Researchers with Deakin’s Work, Health and Wellbeing Unit, collaborating with others from the French national health & Medical Research Institute and the University of Melbourne, examined the impact of job stress on the likelihood of someone taking their own life by comparing job stressor exposure among 9000 reported suicide cases to that of 14,000 living control subjects.

The study assessed two job stressors:  the extent to which people get to decide how do to their work, or job control, and job demands, in terms of the level of workload or work pressure.

“We found that low job control in Australian men was associated with a 35 per cent increase in the odds of suicide,” said Professor Tony LaMontagne, senior author of the study and Head of the Work, Health and Wellbeing Unit within Deakin’s Centre for Population Health Research.

“Similarly, among men, the results showed that high job demands were associated with a 36 per cent increase in the odds of suicide.”

“Contrary to expectations, there was a suggestion that high job demands were associated with lower odds of suicide among women. This may be a reflection of the low numbers of women in the study, as only 16 per cent of the suicide cases were working females,” Professor LaMontagne said.

“In addition, previous research on nurses in the United States has suggested that the relationship between job stressors and suicide for women is different from men in part because women also experience job stressors from unpaid work (e.g. caring), which is still disproportionately borne by women in Australia as well as many other countries.

“We did not have measures on unpaid work or work family conflict to assess this possibility in our study. Further research is particularly needed among working women, including information on unpaid work and work-life conflict alongside measures of working conditions for paid work.”

The results of this study build on previous work by the research team that showed a relationship between having thoughts of suicide and exposure to bullying at work, low job control, and low job security.

“We know that suicide is four-times more likely to occur among men than it is among women, so the results of this study highlight new modifiable risk factors for male suicide,” he said.

“Workplaces are clearly an important site for suicide prevention initiatives. Our research suggests that prevention activities should target men and include attention to improving working conditions. This can be done through programs addressing suicide or mental health more broadly in the workplace setting, as well as at the policy level. Most importantly, these programs need to address working conditions as well as other important factors such as reducing stigma towards mental illness and how to seek help.”

The study, ‘Low control and high demands at work as risk factors for suicide: an Australian national population-level case-control study’, is published in the international journal Psychosomatic Medicine. 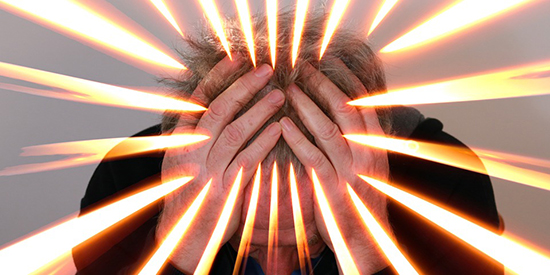