Jogging may not be enough to meet physical activity targets: Deakin study

The study found that 32 per cent of the joggers did not meet the minimum World Health Organisation (WHO) guidelines for physical activity, which is 150 minutes per week of moderate to vigorous-intensity physical activity accumulated in 10-minute bouts.

Associate Professor Daniel Belavy from the Institute for Physical Activity and Nutrition at Deakin University, said the results of the study were very surprising.

"The findings are interesting because people jogging 20-40kms a week would typically be thought of as 'physically active', however, what appears to happen is that some people will go for a morning or evening run and then be sedentary for the rest of the day," he said.

The study was comprised of 25 long-distance runners, 25 joggers and 20 sedentary adults aged 25-35 years who all wore an accelerometer for seven days.

"Even though most of the people who considered themselves sedentary actually were, the findings showed they were not very far away from meeting the guidelines.

"All they would have needed would have been one or two minutes more per day, such as walking a few bus stops more, to meet the WHO guidelines. This is an important, and powerful, positive message to come out of this study."

Associate Professor Belavy said that all study participants spent more than nine hours being sedentary per day, which can lead to health risks associated with prolonged sitting.

"It is important to note that even those people who make physical activity a priority may benefit from modifying their work and leisure activities to make sure they meet physical activity guidelines and reap the associated health benefits." 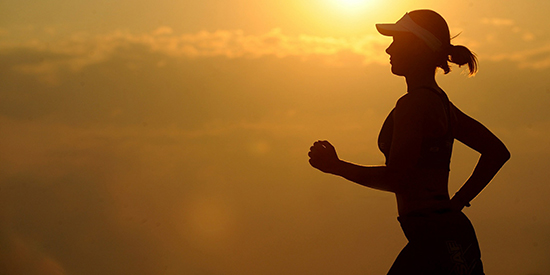