People who eat a healthy diet during middle age have a larger brain volume than those with less healthy diets new research reveals, suggesting food choices in midlife may reduce the risk of dementia and other degenerative brain disorders as we age.

Dr Helen Macpherson from Deakin University's Institute for Physical Activity and Nutrition (IPAN) studied the eating habits and brain volumes of adults aged between 40 to 65 and found those who ate a healthy variety of foods, including plenty of vegetables, fruit, grains and good oils, had more grey matter and larger brain volume than those whose diets included less of those foods.

Dr Macpherson said the findings, published in the Journal of Alzheimer's Disease, were significant because they suggest lifelong healthy eating habits are needed to protect against neurodegeneration as we age.

"There is no blood test that can detect dementia during midlife, but brain volume is an important indicator of brain health," Dr Macpherson said. "Brain volume begins to decrease, relative to head size, from midlife into old age and we know increased brain shrinkage can precede dementia.

"This research tells us that diet quality needs to be addressed well before old age so that people can give themselves the best chance of reducing dementia risk."

Dr Macpherson, who is a National Health and Medical Research Council and Australian Research Council Dementia Research Training Fellow, looked at data from nearly 20,000 participants in the UK Biobank, a globally accessible database containing genetic and health information from half a million people.

The participants in Dr Macpherson's study completed diet recall analysis and had an MRI to assess brain volume. The study looked at three measures of diet quality.

"We looked at the Mediterranean Diet Score, or how closely people's diets aligned with the Mediterranean diet, as this particular dietary pattern has been widely studied in relation to dementia risk and brain health," Dr Macpherson said.

"But we also looked at how well people's diets match dietary guidelines, including from the World Health Organisation (WHO), which recommend eating plenty of fruit and vegetables, grains, low fat dairy, lean meat or its alternatives, while avoiding processed or junk food."

The Mediterranean diet additionally encourages people to eat wholegrains and fish, while limiting red meat. The study found this dietary pattern was beneficial, but it was just as helpful to eat the varied diet recommended by WHO.

Significantly, the research also found that the association between diet and brain volume was greater in men than women.

"We need to look more closely at why diet has a greater impact on brain volume in men than in women," Dr Macpherson said.

"But, overall, these findings suggest midlife may be a really important life stage to address unhealthy eating habits, not just to reduce the risk of chronic diseases such as diabetes and heart disease, but to protect brain health.

"Following the WHO healthy eating guidelines may be the best place to start," Dr Macpherson said. 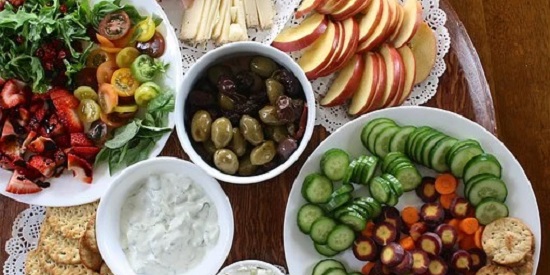